This past week, it’s been mid-40s in Cairo (that’s around 110 for you Americans), which makes it time for some sweaty summer reads: 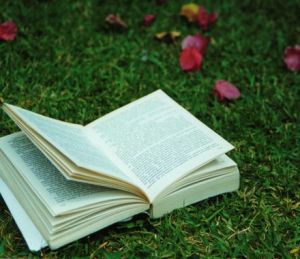 What is a summer read?

Typical summer-book lists conflate the warm season with a particular beach lifestyle and recommend sexy, lighter-weight reads. So instead of Nightwood or To the Lighthouse or Rama and the Dragon, most summer reading lists are full of So-and-so Wears Prada (Again) or perhaps, where the list-maker was feeling exceptionally lazy, Hilary Mantel’s latest novel.

But forget that. Summer isn’t for any particular genre; it’s for new discoveries.

Six new releases in 2013 that are off the beaten track (no Mantel here):

The Mehlis Report, by Rabee Jaber, trans. Kareem James Abu Zaid (New Directions). If you haven’t read this yet, then shoo. Go on. Get a copy and come back when you’re done. We’ll still be here. (Review forthcoming.)

Ben Barka Lane, Mahmoud Saeed, trans. Kay Heikkinen (Interlink). This novel should be read in the summer; it follows an Iraqi exile to a beach town in late-1960s Morocco, in “the leaden years” that followed King Hassan II’s dissolution of parliament, the assassination of leftist leader Ben Barka, and other crackdowns and arrests, and is crafted between paradise and nightmare. (Review forthcoming.)

The Obstinate Snail, Rachid Boudjedra, trans. Leon Stephens (Xenos Books). Boudjedra has a reputation has an extremely difficult author, and is often likened to Joyce. (Perhaps, if he were better known in English, he would’ve made the “most difficult” list above.) But this is the most straightforward thing I’ve read by him, and the funniest. (Review.) If you’re interested in Boudjedra’s more challenging work — also rewarding — pick up The Barbary Figs, trans. Andre Naffis-Sahely (Arabia).

The Corpse Washer, Sinan Antoon, trans. the author (Yale University Press).  A beautiful meditation on the meanings of the body in a time of corpses. (Review forthcoming.)

The Lady from Tel Aviv, Rabai al-Madhoun, trans. Elliott Colla (Telegram Books). This International Prize for Arabic Fiction-shortlisted novel follows a Palestinian exile returning from Europe who sits beside an Israeli on the flight.

The Essential Tawfiq al-Hakim, ed. Denys Johnson-Davies (AUC Press). This is newly out in paperback, so you don’t have to worry about lugging your heavy old al-Hakim hardback to the beach. I’ve been re-reading it, and al-Hakim’s writing is worth the return. (Review forthcoming.)

And since we’ve been talking about Waguih Ghali, if you haven’t yet read Beer in the Snooker Club, again: Shoo. Come back when you have a copy. It’s a brilliant summer read, this year and any year.

Right, winning. As before, post the title of a book you’ll read this summer in the comments below. It can be on the list above or another of our recommended-lists: the “Top 105” and the “5 to Read Before You Die” are good ones. Or, sure, if you’ve been dying to read a fantastic novel like Sonallah Ibrahim’s Stealth (trans. Hosam Aboul-ela) or Rachida al-Madani’s Tales of a Severed Head (the first poem is too slight; skip that and move into the rest) or any other book that’s been mentioned on ArabLit: post it below. Basically: Any book that’s been mentioned on this blog.

How do you know if I really read it or just promised to?

We (will) have five giveaway copies of this year’s PalFest anthology, which includes work by all the authors who traveled along with the fest, in both Arabic and English. This includes Susan Abulhawa, Lina Attalah, China Miéville, Aamer Hussein, Najwan Darwish, Tom Warner, Ibtisam Azem, Gillian Slovo, Jeremy Harding, myself, and others.

But I don’t want to use my real name in your comments (below).

Fine, fine. Use a pseudonym. Use your frenemy’s name; pretend you’re Naguib Mahfouz; whatever. As long as you log in with a real email address, I can contact you later to tell you that you’ve won.

When do I find out?

August 15, 2013. Then Ramadan will be over, and I’ll have just enough time to get you the PalFest anthology (and you to read it) before the coming of the autumn.

And you’ll mail to…?

Anywhere, although I can’t make promises about the state of your postal system.