In the fourth session of “A Corpus Not a Canon: A Workshop on the Library of Arabic Literature,” a panel series hosted by Dame Marina Warner and LAL General Editor Philip Kennedy at All Souls College, Oxford in April, the focus was on editing the corpus, including methods and approaches to establishing the texts, linguistic difficulty, the history of transmission, and — importantly — the audience for the Arabic side of these books: 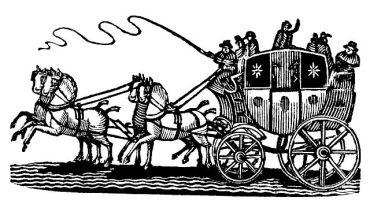 These session overviews will run every Monday from now through July 20, insha’allah:

One of the themes that LAL workshop presenters visited and re-visited was the diminished status of philology in the field of Arabic and Islamic studies, and how fewer academics were being trained in how to edit an Arabic text.

“Editing a text is not as highly valued as it has been in the past, as is true with translation,” LAL editor Devin Stewart said during his fourth-session presentation. “And there are many reasons for this, but I think the most disturbing is a sense among academicians that philology is a dismal science and has seen its day…that it’s really like making buggy whips or something, and that the interesting part only begins where philology ends. As if the philologists are the ones who peel the potatoes and then the master chefs make a feast.”

“This to me is very unfortunate,” Stewart said. “And this project to me is an attempt to bring philology to the fore, because it needs to be supported.”

As exemplars of editing and translation, Stewart took us back not just a generation or two, but to ninth century Baghdad. The editor-translators working for the Banu Shakir, Stewart said, “translated together, translated in teams, revised translations, re-edited works and then translated them again…and [they] did things over as the knowledge of the various fields advanced and technical terminology had been developed to capture the details of the text.”

They also cared about the need to edit the text properly before translating it, he said.

As to the state of classical Arabic texts today, Stewart quoted the late scholar George Makdisi, who had estimated that those classical Arabic works that have been translated and published represent only about “ten percent of what is there, in the libraries. And of that, only ten percent had been edited adequately.”

This indicates both the richness of the tradition, Stewart said, and “the tremendous amount of work that lies ahead of it.”

One might imagine that the problematic texts are the marginal ones, he said. But that’s not the case. The problems “involve most of the fundamental, large, critical texts for the history of all the fields in Arabic and Islamic studies.”

He gave as an example al-Masʿūdī’s Murūj al-dhahab (Meadows of Gold), which was initially edited in the nineteenth century, between 1861 and 1877, by Barbier de Meynard and Pavet de Courteille, and published by the Societe Asiatique. Charles Pellat worked on a revision between 1966 and 1974. But, Stewart said, Pellat didn’t expand his search beyond the ten manuscripts that are at the Bibliotheque Nationale de France, while the number of Meadows of Gold manuscripts around the world is “something like 80.”

“Major, major works are suffering from this,” Stewart said.

Thus the LAL project is important not just in making texts available in English, but in editing and re-presenting the Arabic.

In her talk, Julia Bray suggested that the fact that the LAL requires that a scholar produce both an edition and a translation works to the Arabic text’s advantage. She noted that an editor who is not just editing a text, but also translating it, reads with a keener eye. “Had you been reading the stuff in order to edit it without also trying out a translation, you would probably not have made a very good job of it,” she said.

Stewart pointed to technical terms as one of the challenges of editing and translating LAL works. “Technical terms in Arabic are an especial problem because they tend to be ordinary words,” Stewart said. In medieval Europe, he said, technical terms were transliterated Greek words that just “pop out” in the middle of a Latin text. But Arabic technical terms, in contrast, can also be read as everyday words.

When an editor-translator isn’t sure what something means, Stewart said, “What people in our field often do is they duck, sort of like George Bush with the shoe.” A translator might, for instance, be unclear whether “faqīh” in a text was meant as jurist or law student, Stewart said. In that case, translators sometimes leave the word or entire phrase in transliterated Arabic. He quoted George Makdisi as saying that, when large swaths of a text were left in transliterated Arabic, “you know the person that was writing it did not know what it meant.”

By contrast, Bray said, the LAL editing and layout aims to offer clearer guidance to the reader. While open to multiple readings, it “does allow people to read in a more directed, and more correct way, and it points out the differences in content in things that, in presentation, appear to be quite identical.”

At the end of the session, LAL editor-translator Beatrice Gruendler questioned the ways in which Arabic texts have been changed during the editing process. She asked what others thought about mimicking English editing practices vs. leaving long, unpunctuated paragraphs, as they would be in classical Arabic manuscripts.

Joe Lowry responded that this issue had been approached differently from text to text, noting that in his book, he’d left the Arabic in longer paragraphs.

On the other hand, Michael Cooperson — whose presentation consisted of an illuminating and entertaining series of slides, which can be seen online — had demonstrated how the Arabic side of his text changed under the influence of the English.

“Classical Arabic doesn’t have punctuation, doesn’t need punctuation,” Cooperson said in response to Gruendler’s question. “It can be printed as a continual block of Arabic text, and there’s nothing unusual about that. The problem is when I punctuated the English as dialogue, which is necessary for clarity, and left the Arabic as a block, [LAL’s digital production manager] Stuart [Brown] wrote to me and said, ‘Wait a minute. Now you’ve got an English page that looks to me very diffuse. And then this solid block of Arabic text and a big chunk of white space. And we can’t publish a book that way.’”

“So these are the unintended consequences, which is exactly the point I wanted to make by showing you the last slide of the final Arabic, where I back-reformatted the Arabic to look like English, which is distortion.”

Who reads the Arabic?

The question of how to edit the Arabic also leads back to who is reading the Arabic side of the LAL volumes. Joe Lowry launched his presentation with that question.

“One obvious answer,” he said, “is it’s for students. If you’re teaching a difficult text, it’s handy to have a parallel translation.” But he further noted that he didn’t teach that way, and “I don’t know who teaches like that.”

The Arabic could be for scholars, he said, “who want quick access to the text” and might not be able to travel to an Arab country to obtain it. “It’s possible that scholars of Arabic literature will be using our texts.”

Or, he said, “It’s possible that native speakers might be an audience for our texts.”

That, he said, was a strong possibility: “I think we probably should consider the possibility that our texts are of interest to native speakers.”

Lowry further wondered whether the Arabic editions could be called “modern and lucid,” just as the translations are said to be. “I think yes, to some extent,” he said. “Some of our texts have large critical apparatuses. They’re put online; they don’t clutter the Arabic text in the volume.”

And how do they stand as a collection of volumes, in the Arabic? “We present the corpus for English readers mostly…as a sort of undiscovered collection of treasures,” Lowry said. “I’m not sure the purposes of the Arabic text are exactly the same. I think that we deny that we’re producing a canon, [but] it will be hard to avoid giving the impression that we’re not creating a sort of canon of Arabic literature.”

A Comparative Balancing Act: Arabic Literature Is from Mars, English Literature from Venus

Re-membering: How to Assemble a Corpus of Classical Arabic Literature

Genre, Anxiety, and the Plurivocality of the Arabic Tradition