Radwa Ashour Day: 9 to Read and 1 to Translate

Egyptian novelist Radwa Ashour (May 26 1946-2014) was one the most important author-activist-scholar-teachers of her era. She was one of only 12 women writers to have made the Arab Writers Union’s list of the “Top 105 Arabic Novels of the Twentieth Century” for her Granada trilogy. But, beyond her novels, she was also a lodestar of integrity: 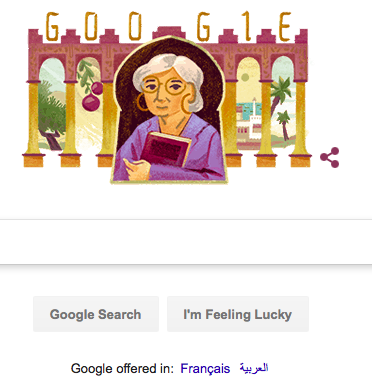 As Marina Warner wrote after Ashour’s death in 2014: “Radwa Ashour was a powerful voice among Egyptian writers of the postwar generation and a writer of exceptional integrity and courage. Her work consistently engages with her country’s history and reflects passionately upon it.”

And as translator Barbara Romaine said, in an email exchange about translation and Ashour’s work some years ago:

Among the things I love about Radwa’s writing is her courage in confronting the unthinkable–like those atrocities I referred to a moment ago. There is room for sentiment in her writing (in some of her depictions of family relations, for instance), but ultimately she does not shy away from harsh truths, and accordingly she doesn’t spare the reader, either.

Ashour made the Arab Writers Union’s “top 105” list with her celebrated Granada, the first of a trilogy, translated by William Granara.  The novel interleaves the story of Granada during the time of Christopher Columbus — a time of extreme religious persecution — but is also a story of books and book-lovers, and the bookbinder Abu Jaafar.

Forthcoming in translation is Ashour’s The Journey, translated by Michelle Hartman and set to be released by Interlink Books. The Journey is Ashour’s memoirs of 1973-1975, her years doing a PhD in Massachusetts on African-American Literature, and they work to tie together struggles in the US, Palestine, and Egypt, much like Angela Davis’s Freedom is a Constant Struggle: Ferguson, Palestine, and the Foundations of a Movement does from a US vantage. It’s a pioneering look at the United States through the eyes of one of Egypt’s major writers, and you can read an excerpt here. Also: Interlink says they have just gone to press, so you should be able to buy a copy shortly.

The short but lovely Siraaj, trans. Barbara Romaine, is markedly different from Radwa Ashour’s modern histories: It’s the story of a doomed revolt against a despotic sultan and is set on an imaginary island near Yemen at the close of the nineteenth century. It is fable-like history or historical fable, beautifully told, rendered in clear, warm English by Romaine. This novel is easy to love. You can read an excerpt at the University of Texas Press website.

Spectres was also translated Barbara Romaine — a translation for which she was rightly recognized. This is two books: a beautiful meta-memoir twined with an echoing fictional character. Winner of the Cairo International Book Fair Prize and a runner-up for the Banipal translation prize, the book alternates between the stories of Radwa and Shagar: two women born the same day, one a professor of literature, one of history.

One of Ashour’s most popular novels was The Woman from Tantoura, translated by Kay Heikkinen. A historical family novel, Tantoura follows a Palestinian woman from pre-1948 through multiple exiles: in Lebanon, Egypt, and Dubai. Much of the novel’s heartbreak — and despite herself, Ashour is excellent at heartbreak — is the mother’s fraught relationship with her exiled children. Although it’s also an examination of coming to grips with seeing events such as Sabra and Shatila from afar, a large part of the novel’s charm is the relationship between the author and her three very different sons. You can read a very short excerpt here.

Two short stories by Ashour, “The Man Sitting in the Park is Waiting“ and “He Wants to be Reassured“ have been translated by Emily Drumsta. The first opens: “At first I didn’t notice him. I was busy playing with the little one: he would throw the ball, I’d raise my head to follow it as it flew up high, then I’d run with my arms open to meet it as it fell.”

Also, if you don’t mind reading on Google Books, “The Report of Mrs. R Concerning the Last Day of the Week,” translated by Denys Johnson-Davies.

In Heavier than Radwa, Ashour shares the warmth, love, steadiness, scholarship, and careful self-knowledge she assembled over her lifetime. The review in Ahram Online opens:

Waking up from surgery in the US, Radwa Ashour hears that former Egyptian president Hosni Mubarak has been toppled. Still drowsy from the anaesthesia, Radwa cannot help but smile. She has lived, like most of her generation, for this day.

After four brain surgeries over five months, Radwa returns to Egypt fit and finally able to visit Tahrir Square, which she does on 26 May, incidentally coinciding with her birthday.

In Heavier than Radwa, Radwa shares her triumphant defeat of sickness, weaving in the Egyptian revolution’s labour pains over a journey stained with blood and sniper bullets.

7 thoughts on “Radwa Ashour Day: 9 to Read and 1 to Translate”