Yasmina Jraissati of the RAYA Agency — a finalist for one of the 2019 London Book Fair awards in the literary agenting category — announced three new and forthcoming titles by high-profile authors that she’s added to her spring list:

Zakaria is back to Tall Safra, his mountainous Lebanese hometown, after a decade spent abroad. Quiet and secretive, he keeps an empty wine bottle with a curious label, “Mary”, and a long tube, in his locked room. He says he plans to plant some vines, in their family owned land of Mahmoudiya, an old family dream, rendered impossible by even older gruges with neighboring land owners. A couple of months later, Zakaria is found shot dead, against the trunk of a tree, in that same land.

The investigation into his death begins, while people in the village, including his sister Marta, have already decided that Zakaria’s cousins are responsible. The latter feel they were wrongfully disinherited by their grandfather, and consider themselves rightful co-owners of the land. They therefore have a motive to murder Zakaria. But they are not the only ones: Following a sectarian blood-shed in Mount Lebanon in the 1860s, the Druze family of Al Naked was disowned, and the land given to the family of the victim, their Christian partner, Zakaria’s family. Perhaps Zakaria’s return and his desire to cultivate the land has stirred ancient buried resentment.

As inspector Kamal Abou Khaled investigates, the reader discovers Zakaria’s past, his love of women, the Chaghal painting he stole from one of his lovers and was ment to sell to someone in Lebanon (did he know the painting was a fake?), his passion for Jane Moloy, the daughter they had together and that he raised alone in the USA. The reader also discovers how Mary, Zakaria’s daughter died in a shooting at her school, making the hypothesis of suicide  a plausible one.

Inspector Kamal’s investigation also leads the reader into the meaning of land ownership. A beautiful chapter, at the heart of the novel, explains the laws and circumstances around Mahmoudiya’s sad fate and its dying trees. Sectarianism sometimes runs so deep, that it makes it impossible for anyone to enjoy the land, or even for the land to live.

Douaihy has been twice shortlisted and once longlisted for the International Prize for Arabic Fiction, and has won the Prix de la Littérature Arabe. Paula Haydar‘s translation of his June Rain was the highly commended runner-up of the 2014 Banipal Prize for Arabic Literary Translation. She also translated his The American Quarter and the satiric Printed in Beirut.

Khaled Khalifa’s No One Prayed Over Their Graves (May 2019 – Naufal, Hachette-Antoine)

Hanna and Zakaria reached Hosh Hanna, their village located not far from Aleppo, on a dreadful morning of December 1907, a few hours after the flood. The river had taken the lives of most the villagers, including their loved ones, Hanna’s wife and baby, as well as Zakaria’s baby, not to mention destroyed most of the homes, and Zakaria’s precious stables. Their insatiable pursuit of pleasure is what saved them from drowning. As per usual during the winter season, Zakaria and Hanna had spent the night in the Castle, several kilometers away. That building, commissioned by Hanna and designed by their architect friend Azar, was the palace of luxure, a place where Hanna, Zakaria and their friends would spend time laughing at life – and death – drinking the best wines, and enjoying the company of the most beautiful women. This life of carelessness ended with the flood. From a powerful, libertine, and rich land owner, Hanna will turn into a mystic, obsessed with death and the meaning of life. While he only seeks to be free from human constraints and as close as possible to nature, Hanna will find he has gone from being a slave of the Castle, to being a slave of the Monastery of Zahr El Rumman. He is the one to have commissioned both buildings, and while pleasure is what kept him a captive of the Castle, people’s faith and thirst for miracles (aided by the ambitions of Marianna, another flood survivor), made sure he would never leave the Monastery.

While the flood is the cornerstone of the novel and of Hanna’s transformation, the former, which ranges from the 1880’s to the 1950’s, with the death of Hanna, is punctuated by catastrophes (such as an earthquake in the 1880’s, or the famine in the 1910’s), wars, and violent political tensions that caused people to die by hundreds.

Along with death, love is the heart of this novel: The impossible love that caused the Muslim Aicha and the Christian Michel to die at the hand of a jealous Ottoman officer – a tale that lived on the tongues of the city folks long after the events, and also doomed Michel’s family; the love of the Christian Hanna for his dear friend Zakaria’s sister, the Muslim Suad; the love of Maryam, an Armenian refugee, for Michel, the second son of Zakaria, named after their slaughtered friend.

Going through Hanna’s childhood, following the massacre of his family by Ottoman officers, which led him to being raised by the Bayazidis (his father’s business partner and Zakaria’s family), through to his death, the novel covers Hanna’s personal as well as Aleppo’s societal transformations during this time.

Two-time International Prize for Arabic Fiction shortlistee Khaled Khalifa’s masterful Death is Hard Work, in masterful translation by Leri Price, was published last month to wide acclaim. The book, a must-read, will surely be on awards lists next year. Price also translated Khalifa’s In Praise of Hatred and No Knives in the Kitchens of This City; the latter made the 2017 National Translation Awards shortlist and won the Naguib Mahfouz Medal for Literature.

A True Loss in Translation: The Edited English Version of Khaled Khalifa’s ‘In Praise of Hatred’

Syrian Novelist Khaled Khalifa: ‘I Have Always Wondered About the Ability of Some Writers To Remain Silent’ 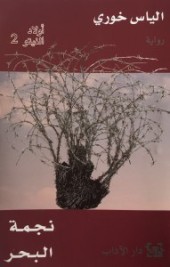 The second part of a trilogy that begins with Children of the Ghetto: My Name is Adam, translated first part of this trilogy, Stella Maris, unfolds on the thin thread of the end of the love story between AdamDannoun, an Israeli citizen from Palestine, and Dalia Ben Tsavi, an Israeli of Polish and Iraqi descent.

A brief translation sample on the site opens:

After the tours of the ghetto were over, Adam told Nadia that her translation hadn’t been needed, because the rhythm of the guide’s voice had been enough for them to understand everything—a voice that would come close to choking, then die away as it recounted the history of a place that had been erased. He told her he’d felt he was choking when they arrived at the remains of the wall that had hidden the ghetto from the city, at 55 Sienna Street and 62 Złota Street. The ghetto had been enclosed by a wall, three metres high, topped with barbed wire. He said that the children had been the ghetto’s first heroes, because they’d taken on the smuggling of food stuffs from the Aryan zone to the ghetto.

Also: Friday Finds: Elias Khoury and ‘The Eloquence of Silence’