Four stories from Muhammad al-Hajj’s Nobody Mourns the City’s Cats are available free on ArabLit until the end of this month: 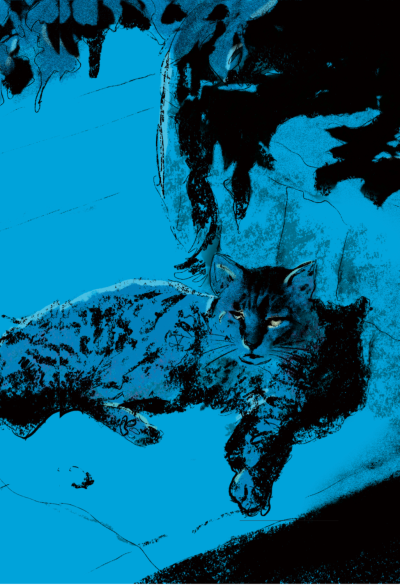 The stories — one translated by Yasmine Zohdi, and the rest translated by al-Hajj and edited by Zohdi — are from al-Hajj’s Sawiris Award-winning collection, which you can download in its entirety in Arabic (legally), also free.

The first story, “Nobody Mourns the City’s cats,” originally appeared in ArabLit Quarterly’s Summer 2019 issue and appears here with permission.

“Nobody Mourns the City’s Cats”

Her suggestion made me uneasy. I continued to stroke Mistika’s back, and her body relaxed for a minute before she hissed and scratched my hand. I got up, annoyed, and she dropped off my lap and quickly ran inside. Fatma laughed. “I was wrong. It seems not even the cat wants you.”

The apartment was depressing. Although it was full of people, the sight of the sealed boxes and the packed suitcases in the hallway gave me an unsettling feeling. I wasn’t really in the mood for mingling so I took a beer from the fridge and went out onto the balcony.

Now the sun was on its way down, and Tareq was alone in his office again. He didn’t want to go out of his office before everyone else had left – he wasn’t in the mood for neither anger nor sympathy – yet he was concerned about what might be said about him if he went on hiding inside.

I couldn’t help feeling there was some sense behind what Ahmad proposed, but I had one logistical problem. My imagination was far smaller than an ant’s egg.

Born and raised in Cairo, Muhammad El-Hajj is a writer, translator, and digital content creator. His debut collection of short stories, Nobody Mourns the City’s Cats (2018), won the Sawiris Cultural Foundation’s Short Story Prize for emerging writers. He’s currently working on his next collection of short fiction.

Yasmine Zohdi is a writer, translator, and the English culture editor at Mada Masr. She holds an MFA in writing from Sarah Lawrence College in New York and is currently working on her first collection of short fiction.

To support the ongoing work of ArabLit and ArabLit Quarterly, consider helping us out by donating through Patreon or PayPal, or, if you have one, by asking your institution to take out a subscription to the magazine.