Friday Finds: Samah Selim on Translation into and out of Arabic 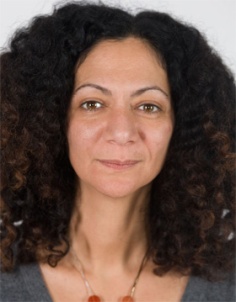 We wanted to think about how to change this landscape: in terms of the abysmal working conditions of Egyptian translators and of market-driven production (what gets translated and published), but we also wanted to create a space for collective reflection and experiment in terms of the translation process itself (and of course translation into Arabic has its own set of thorny problems and exciting possibilities). Behind all these questions is our common belief that translation is a form of creativity and committed knowledge production in its own right, and that it should be practiced and valued as such. So far, the collective’s projects have been largely determined by the specific interests and connections of individual members. These projects include an online database and platform publishing translation-related content (the launch is set for this summer), an ongoing series of translation workshops run through the Cairo Institute of Liberal Arts and Sciences, and a translation book series in the radical humanities. The first book in the series (The Many-Headed Hydra: Sailors, Slaves, Commoners and the Hidden History of the Revolutionary Atlantic by Peter Linebaugh and Marcus Rediker) is set to come out late this year in partnership with the Cairo-based press Kotob Khan.

You can read the whole interview at Asymptote.