From the International Prize for Arabic Fiction official biography: 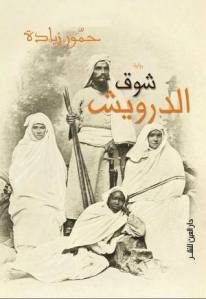 Hammour Ziada is a Sudanese writer and journalist, born in Khartoum in 1977. He has worked for charitable and civil society organisations, and as a journalist for a number of Sudanese newspapers, including Al-Mustaqilla, Ajras al-Horriya, and Al-Jarida. He was Chief Editor of the cultural section of the Sudanese Al-Akhbar paper. He is the author of several works of fiction: A Life Story from Omdurman (short stories, 2008), Al-Kunj (a novel, 2010), Sleeping at the Foot of the Mountain (short stories, 2014). His second novel, The Longing of the Dervish (2014), won the Naguib Mahfouz Medal for Literature in 2014 and is longlisted for the 2015 International Prize for Arabic Fiction.

Set in 19th century Sudan during the collapse of the theocratic state, The Longing of the Dervish follows the story of Bakhi Mindeel, a former slave newly released from prison and seeking revenge for his imprisonment. His release coincides with the end of the Mahdist war – a British colonial war fought between Egypt and a section of Sudanese society seeking independence under their religious leader, Mahdi – when Mahdi and his followers are defeated and force to flee. The Longing of the Dervish examines the social conflict between white Christian and Islamic Sufi cultures in Sudan, exploring the concepts of love, religion, betrayal and political struggle.

5 thoughts on “Hammour Ziada – ‘The Longing of the Dervish’”