In London, el-Shubbak (“A Window on Contemporary Arab Culture”) beyiftah for 20 days, from July 4-24. The program will host more than 70 events in more than 30 cultural venues throughout the city.

The official website launched yesterday—it’s nice and pink—with pages and pages of events. Thus far, they don’t seem to be searchable, but they definitely include readings from (Egyptian novelist) Khaled al-Berry, (Libyan-British novelist) Hisham Matar, (Moroccan poet) Abderrahim Elkhassar and many others.

A number of the events appear to be free, but require registration. So if you’re in London, well, go on.

The Stage: London to stage festival of Arab arts

They’re not the only ones 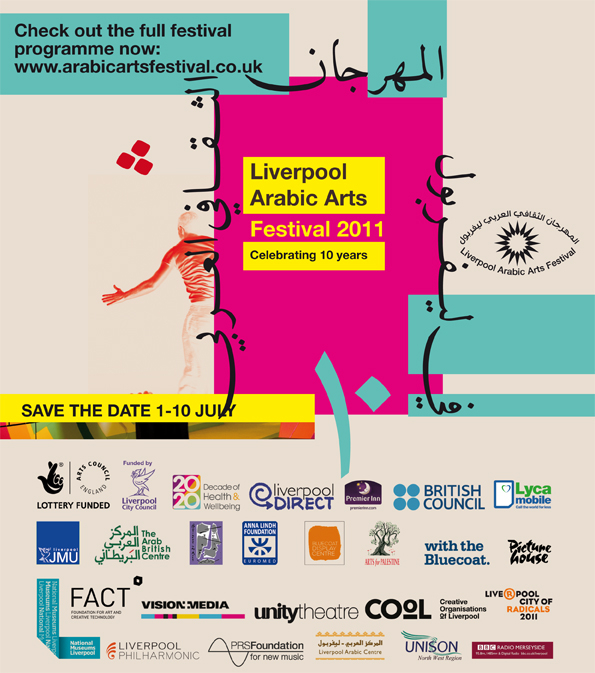 When is Political Poetry Free?

“To what extent,” Youssef Rakha wonders over at the Arabophile, “could [Amal] Donqol – or [Mahmoud] Darwish – afford to write poetry for its own sake?”

Nineties-generation poetry, because it hasn’t been situated within a political project, has been able to promote a Nahda of Arab society and art.

Sixties-generation poetry, he says, not so much:

Recently the free verse Iraqi poet Saadi Youssef wrote what I can only describe as a stomach-turning quasi-poem called “What Arab Spring”, in which he dismissed current events as an electronic-age charade orchestrated by Washington. More than ever before, and despite its having a greater audience than that of the 1990s, that seems to be the true position of the “political” poetry of the 1960s. I truly wonder what Donqol would have said.

Reuters offers a somewhat jumbled look at Adonis’s politics and career, but it also usefully notes:

Mona Naggar criticizes the award going to Adonis on Qantara.

In his previous writings, Taher often explored social and cultural issues in Egypt…through snippets of his daily life. In Berma, he presents his stories, for the first time, through the eyes of another – a smart, sarcastic and slightly crazy character.

When asked about the result hoped from such a gathering, organizers noted that the experience was as much for the writers themselves. “The writers were so happy to know each other. They exchanged addresses and emails. For the Italian writers it was an open window on the Arab world.”

I only saw film and music events listed from this year’s Cairo-Med, although surely there were literary ones as well.

Daily News Egypt: On literature and the city

Which serves as a reminder to read or re-read Bensalem Himmich’s award-winning novel, The Polymath, trans. Roger Allen.