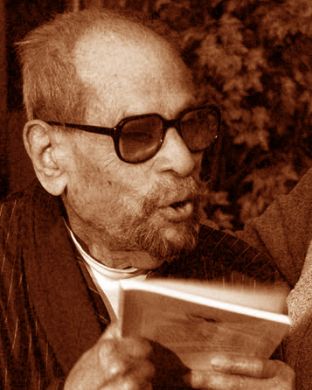 It was twenty-three years ago today that Naguib Mahfouz became the first—and thus far, only—Arabic-writing author to win the Nobel Prize for Literature.  This year is Mahfouz’s centenary, a year of celebrating the many diverse perspectives on the great Egyptian author.

Here, translator and biographer-in-progress Raymond Stock. (You can read his translation of Mahfouz’s story “The Toughest Guy in Utouf” at Words Without Borders.)

ArabLit: If someone who’d not read any Mahfouz asked you for 3 books to get a sense of Mahfouz’s work, what would they be?

Raymond Stock: Thebes at War, Palace Walk, and The Dreams, including Dreams of Departure (the Anchor Books combined paperback edition of the two Dreams volumes).

AL: If a Mahfouz enthusiast—who’s already read the Trilogy, Midaq Alley, Awlad Haretna, Harafish, and other well-known works—asked you for 3 books outside of the usual “Mahfouz cannon,” what would they be?

RS: The Dreams, including Dreams of Departure; The Coffeehouse; and The Seventh Heaven: Supernatural Stories, in that order of priority.

AL: You have translated seven of Mahfouz’s novels, correct? What have you learned about Mahfouz through this process? Has it become easier or more difficult?

RS: I have translated seven books of Mahfouz’s fiction (in order of publication, Voices from the Other World: Ancient Egyptian Tales, 2002; Khufu’s Wisdom, 2003; The Seventh Heaven: Supernatural Stories, 2004, The Dreams (2005), Dreams of Departure, 2007; Before the Throne: Dialogs with Egypt’s Great from Menes to Anwar Sadat, 2009; and The Coffeehouse, 2010, only three of which (Khufu’s Wisdom, Before the Throne, and The Coffeehouse) were novels. The rest were collections of short fiction, including the two otherwise unclassifiable Dreams volumes.

As each work is so different from the others, it has never been either easier or even repetitive to translate them. The main thing I have learned from it, beyond a great deal more Arabic (and insight into Mahfouz’s life and mind, as well as into Egypt herself) is that, far from being the stodgy Dickensian drudge, as some have seen him, or just the predictable (if impressive) 19th century realist writer even more people think him to have been, he was really one of the most restless innovators in modern fiction anywhere. He was constantly changing the style, length, structure and other techniques of his works in an utterly breathtaking manner while somehow remaining relentlessly still the same character inside.

AL: Mahfouz persists in the Arab imagination in part because others continue to build on (an rebel against) his works. But why does he persist in the international imagination?

RS: Because Naguib Mahfouz was a great writer, and–in that rarest of combinations–a great human being as well. And he came from a culture and country that are both infinitely fascinating and yet still largely beyond the ken of most people outside of them. For decades, Mahfouz has come to represent them both abroad, and no one could have done it better.

If he hadn’t been there, they would have had to invent him— though in a typically Mahfouzian paradox, he also cannot be replaced—no society could ever produce two such personae, and only Egypt could have produced Mahfouz. Despite the vast growth in Arabic literature in translation and the huge interest in Egypt since the fall of Mubarak, there is still isn’t any figure who speaks to the world quite as he did, five years after his death, nor is there any on the horizon.

AL: Salwa Bakr has said of Mahfouz: “He is the historian of what traditional academic histories exclude.” How would you characterize Mahfouz’s relationship with “academic” history?

RS: Mahfouz used history as malleable material for his fiction, while Egypt’s immense history was one of the principal sources for his enormous pride in his homeland. Virtually his entire persona was bound up in Egypt’s own story, which he endlessly mined for his fiction. Yet, with the relative exception of Before the Throne, in which he confines himself (mainly) to the actions of (mostly) real historical figures, in a fictionalized format—to the point that he (erroneously) labeled it “history,” and not historical fiction—in his ancient Egyptian works he deliberately altered accepted historical fact.

This includes the use of anachronisms, such as his famous employment of horses and chariots a thousand years before their introduction to Egypt during the Hyksos invasion, in his first published novel, Khufu’s Wisdom. While historical fiction and academic historical writing sometimes use similar narrative methods and even the same sources, Mahfouz was always aware (even, I believe, in that one theoretical exception) that his “historical” novels were primarily works of imagination as well as passion, each carrying a profound moral lesson. In his works set in modern times, he was usually scrupulously accurate in historical detail, as well as (for the most part) in his descriptions of places. He would even use real historical characters (particularly in stories like “The Seventh Heaven” or his novella about Sadat, The Day the Leader was Killed), but his characterizations were anything but academic, while at least for a time after his switch to more contemporary settings in the 1940s, he professed to have lost all interest in history as such. Yet he continued to faithfully record his nation’s events in the course of telling stories about individuals and their neighborhoods right to the end.

Even his most inventive work of all (and his last), The Dreams, is full of history and could almost be viewed as a new form of historical allegory, as well as a new narrative form altogether.

3 thoughts on “Mahfouz Centenary: 5 Thoughts on Translating the Master”