During Egypt’s late 19th/early 20th century nahda, novelist and educator Jurji Zaidan made the historical novel his particular study. In order to move forward with a particularly Arab identity, Zaidan reasoned, it was necessary to re-investigate, and re-invigorate, certain aspects of the past. 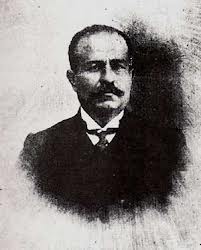 Zaidan’s fast-paced novels have remained popular among readers, but, for many years, Arabic historical novels were not considered quite “literary” enough to pique scholars’ or critics’ interest. That’s changing now. In any case, fun things from the Egypt Independent:

Long before Ramadan serials commandeered popular views of history, Jurji Zaidan (1861-1914) was one of the great tellers of Arab and Islamic history. In his 21 historical fictions, he enlivened “golden age” figures through fast-paced tales. Zaidan himself was initially kept from school by his working-class Lebanese father, but grew into an important Cairo-based publisher, educator, and leading member of the early 20th century nahda.

Zaidan felt that, in order for Egypt and the region to move forward, people must grapple with history. His works were neglected in English for nearly a hundred years, but now suddenly six are available in translation, just in time for his 151st birthday on 14 December. How much Zaidan history do you know? Take the quiz.