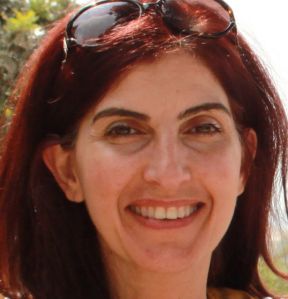 Earlier this year, the UK publisher announced a new imprint for translated children’s books. In a piece published in The Guardian earlier this month, Pushkin Press managing director Adam Freudenheim said that:

Although UK publishers have started to focus on picture books in translation, Freudenheim believes there has been too little attention paid to translated books for older children. “I do think what we are doing is different and something new,” he said. “There are plenty of publishers doing picture books in translation, for children aged five and under, particularly Gecko Press, [but] no one’s looking at books for five- to 10-year-olds, and 10-plus.”

But while there are children’s picture books in translation, translations from the Arabic are still rare. For older readers, there are exceptionally few choices. For readers 8-10, there is Mohieddin Ellabbad’s The Illustrator’s Notebook and for readers 12+, there is Fatima Sharafeddine’s beautiful Faten, trans. by the author as The Servant, just released from Groundwood Books. There are a few Arab books translated from the French — such as Zeina Abirached’s A Game for Swallows  (ages 12-14).

But even among picture books, there are few — My Own Special Way, by Maitha Khayat; some of Rania Amin’s Farhana books, but they’re only available in Egypt. Several of Fatima Sharafeddine’s books have been translated into other languages, but although her moving في مدينتي حرب  has been translated into Catalan, Castilian, Portuguese, Dutch, French, and Korean, it is not available in English.

Sharafeddine speaks, in her interview with Literature Across Frontiers, about the French translation of في مدينتي حرب:

Last year, I was invited to schools in Brussels to talk about Chez Moi C’est la Guerre. They had the children read it before my visit, so they could interview me about it. That was an amazing experience because the children’s first reaction was ‘Oh, you’re young! Did you really go through a war?’ To them, war was something that grandmothers remembered, not young women. ‘Yes, of course. I did live through war, and you know what? Children your age now live in countries and cities where there is war’. That was when the children got interested, and I was pleased because I had the opportunity to tell them: ‘You have water, you wake up every day and you can wash, you can come to school. This doesn’t happen in some countries. There are children who suffer; sometimes they’re out, going to school and bombings will start; they have to come back home and hide.’

The French translation of  في مدينتي حرب — which I haven’t seen — was in some ways domesticated:

…with the French version, the publisher said about the illustrations that they are too ‘Arabic’; they don’t work in the European market. So Claude K. Dubois, who is a Belgian illustrator, used dark pastel colors and made the character a girl (in Arabic it was a boy). The atmosphere of the book in that version is very nostalgic, as if it all happened a long time ago, not now. So there is this difference in the atmosphere of the book, and for me it’s a completely different book.

But Sharafeddine talked elsewhere about the importance of preserving a book’s foreign-ness for children:

When I translate, I think about the two trends – domestication and foreignisation – I don’t want to domesticate Paddington, I don’t want Paddington to be a cute Lebanese bear. So you have to preserve the soul of Paddington, who is really British… and it’s a challenge.

Hopefully, this initiative of Pushkin Press’s marks a new interest in translated children’s literature. Among other books, it would be wonderful to see  في مدينتي حرب in English. And also Walid Taher’s النقطة السوداء  and Samah Idriss’s books for older readers.

An interview with Mona Elnamoury

An interview with Mayra Calvani