In a public facebook post, Banipal-prize-winning translator Jonathan Wright announced that he had settled his dispute with Random House over work done on Alaa al-Aswany’s Automobile Club: 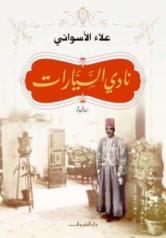 Wright, who was suing the publisher in English courts, noted that the publisher offered to settle just a few days after the lawsuit “landed on their desks.”

In an open letter posted on his blog last year, Wright went into painstaking detail about his previous relationship with al-Aswany, how Wright was engaged to translate al-Aswany’s most recent novel, and how that translational relationship went sour. Wright noted that, although he had completed a fair piece of work, he was not compensated for it when al-Aswany decided to switch translators midstream.