Perhaps the most cringe-worthy part of ABC Family’s “Alice in Arabia” announcement was its creator’s apparent assertion that she had written the show not just for the fame and fortune (a motive we can all understand), but “to give Arabs and Muslims a voice on American TV”: 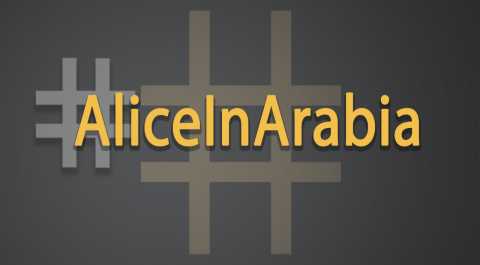 As a number of observers have pointed out (for instance novelist Laila Lalami), Muslims and Arabs do…etc., etc., etc.

As the Itinerant Cook notes below, the project has been scrapped following signicant backlash.

Also: Translators do important work re-vocalizing work originally written in Arabic (or Bengali or German or…). Still, the voice isn’t so much being “given” as being “re-crafted” in another language’s clothing.

And so: To state the obvious, suggesting that a military cryptologist (or university Arabist, or Arabic-speaking social worker, or itinerant blogger) can “give Arabs and Muslims a voice” certainly suggests that these aforementioned Arabs and Muslims cannot quite make intelligible sounds on their own.

Perhaps the show’s creator never made that statement. And now the show’s a no-go. Plus, it doesn’t bear refuting. Yet one always likes a good (unnecessary) listicle:

Fawzia Abu Khaled (1959 – present). Although poetry probably can’t be turned into an ABC Family show, poems by the remarkable Abu Khaled — lauded by Adonis, among others — can nonetheless be found in Mothers and Daughters in Arab Women’s Literature and in Gathering the Tide.

Dr. Aisha Al Mana and Dr. Hissa Al Sheikh. Their book, which documents the first demonstration to lift the ban on Saudi women driving on November 6th, 1990, is being translated by Saudi (female) blogger Eman al-Nafjan, who has posted an excerpt on her blog. Eman al-Nafjan, who blogs in English at saudiwoman.me, is another Saudi woman writer worth reading. Perhaps she could also do a screenplay.

Badriyah al-Bishr (1967-present). Al-Bishr’s latest novel, Love Stories on al-Aisha Street, was longlisted for the 2014 International Prize for Arabic Fiction. One of her short stories is in Voices of Change: Short Stories by Saudi Arabian Women Writers, along with work by Jamilah Fatani, Najat Khayyat, Jamilah Fatani, Rajaa Alem, and others.

Rajaa Alem (1970-present). Alem has co-translated two of her novels (Fatima: A Novel of Arabia and My Thousand & One Nights: A Novel of Mecca) with Tom McDonough. Her International Prize for Arabic Fiction-winning novel The Dove’s Necklace, trans. Adam Talib and Katherine Halls, should be forthcoming any moment now from Duckworth.

Rajaa Al-Sanea (1981-present) Al-Sanea’s only novel, Girls of Riyadh, published in Arabic in 2005 and English in 2007 (somewhat controversially, because of translation issues), has been extremely popular and has been credited with starting a new wave of Saudi girl-lit. No excerpt from Girls of Riyadh immediately apparent online, just a few quotes on Goodreads. Actually, now that I think of it, perhaps Girls of Riyadh could lend itself to an ABC Family TV show….

7 thoughts on “An Unnecessary Listicle: 7 Saudi Women Writers in Translation”