Can book trailers attract new readers to Arabic literature in translation? Or are they better at expanding literature in new directions? 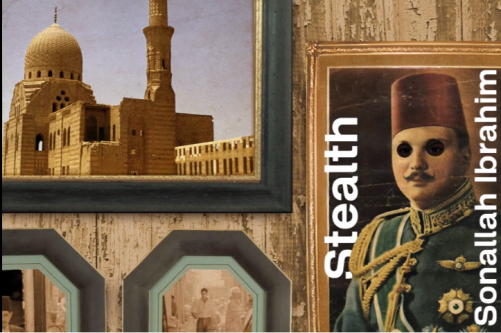 Publishers, translators, and book-activists who work with English frequently discuss ways of getting more readers engaged with translated literature. A couple of years ago, Susan Bernofsky posted some tips from Jeffrey Lependorf. These included releasing a short video interview with the translator. Humphrey Davies has done this, and at least 485 souls opened the video on YouTube.

It makes for interesting insight into Elias Khoury’s As Though She Were Sleeping, absolutely. But did it lead anyone to buy the book?

For the most part, book trailers are still seen as a “commercial,” a method of getting the word out about a new book. But whether they work that way seems unlikely. Emerging novelists are often told, for instance, to start a blog — but unless the blog takes on its own creative direction, does it matter?

As poets work harder to pair poetry and short film, some novelists have tried to extend their works in other ways. In Arabic, Ahmed Mourad has used video and audio to great effect. Here, for instance, an audio soundtrack for 1919.

At this year’s Abu Dhabi Book Fair, French publisher Marion Mazauric suggested that, for attracting people to books in translation, video book trailers could be an effective tool. She said they have worked for her house, Au Diable Vauvert. But she noted that the most successful trailers — at least for French readers — were not the most slickly produced, but the ones where an author, a translator, or a fan was really engaging an audience, where he or she was able to be playful, to create something new.

Literature Across Frontiers’ Alexandra Büchler added that, “I think there’s a lot of potential in this, but it’s not about selling books, it’s about people experiencing literature in different ways.”

Here, New Directions has produced a “sentence trailer” (just one sentence is used from the book) for the re-release of Sonallah Ibrahim’s beautiful, heartbreaking Stealth. Ibrahim’s book, as I’ve said before, is in a smart, clear translation from Hosam Aboul-ela that echoes Ibrahim’s emotionally submerged style.

I’m not sure the video will encourage any doubters to read the book, but the photos do provide an interesting window into the era during which Stealth is set.

And as for you doubters, please do relieve yourself of any pangs by ordering a copy.

One thought on “Video Trailers and Books: Sonallah Ibrahim’s ‘Stealth’”