A £250 grant won’t allow you to take the year off work. But it will allow you to give time and space to translating a sample and writing a reader’s report, with the hopes of attracting a publisher to a work that otherwise wouldn’t grab their attention: 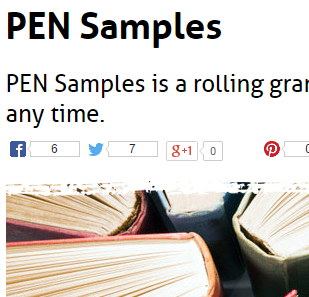 This is particularly important for languages who are far off the beaten paths to English.

The 16 winners of the recently announced “PEN Translates” award were nearly all from bigger Western European languages: French (5), Spanish (3), German (2), Portugeuse (2), and Italian (1). The outliers — with one each — were from Galician, Turkish, and Chinese.

There are nine languages represented in the list of twenty-five longlisted fiction titles. The top three languages made up seventeen of the total books.

That’s a pretty small cluster of languages, and a very heavy concentration in just three. The PEN Translates organizers promoted the diversity of their authors within French and Spanish, as they included authors from Morocco, the Congo, and Colombia. But for the BTBA:

There are sixteen different places of origin with a book on the list. The top three locations make up eleven of the total titles.

I wrote, tongue-in-cheek, that I suspected the three top languages that so dominate the awards were not Arabic, Bengali, and Chinese. Judge M.A. Orthofer, a definite supporter of bibliodiversity, responded that:

I’m afraid (& disappointed) there wasn’t a single #BTBA eligible book translated from the Bengali, so you’re certainly right there

Fear not, @TiltedAxisPress is on the case! We’ll be pub’ing xl8ns from ‘obscure’ langs & submitting to prizes.

What’s the point of bibliodiversity? Isn’t it enough that we translate at all? Why do we need wildabeests and duikers when we’ve got cats and dogs? And so many varieties of really great cats and dogs?

Anyway, silly questions. The important thing: It’s a rolling grant, and you can apply at any time.