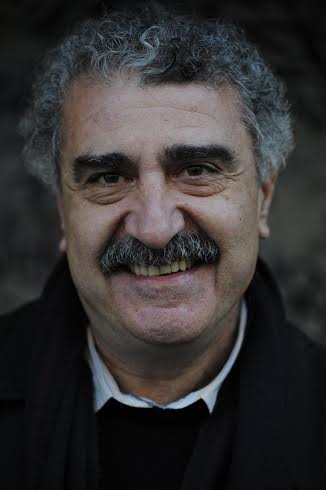 The winning novel opens when its protagonist, a middle-aged imam in a small southern-Lebanon town, is diagnosed with cancer. This fate prompts reflection on his unhappy life. According to judge Tahia Abdel Nasser, in her address, “Though No Road to Paradise evokes a state of non-action, the novel examines the narrator’s fate through an accumulation of details and crises in a seemingly uneventful life.”

Judge Rasheed El-Enany further noted that, “This is a unique novel par excellence. It almost lacks any action. Its mastery is in its slow, meticulous, stagnant narration, but it is a stagnation that serves a purpose and is the writer’s means to evoke the boring empty life devoid of any form of self-fulfillment led by this unhappy imam.”

Although reading a book about someone’s boring life might sound boring, it is a style that Daoud has over the years worked to perfect. Many of the judges praised the book’s language, including Humphrey Davies, who called the book’s insights “Proustian in their precision,” adding that the book’s “lucid, calm, uncluttered style” gave it a unique voice.

Daoud, who was born in Beirut in 1950, has worked in journalism as he’s written his celebrated novels, several of which have been translated into European languages. Most recently, The Penguin’s Song was translated into English by Marilyn Booth, who has written about the difficulty of translating Daoud’s “precise and dispassionate language.”

This was Daoud’s ninth novel.

Daoud currently has three short-story collections and ten novels to his name. Those translated into English include: House of Mathilde, Borrowed Time, The Year of the Revolutionary Bread-Making Machine, and Penguin’s Song.

This year’s panel of judges was made up of scholars and translator-scholars: Abdel Nasser, Shereen Abouelnaga, Mona Tolba, Davies, and El-Enany. As in past years, a shortlist was not announced.

Last year’s Mahfouz Medal winner was Sudanese writer Hammour Ziada’s The Longing of the Dervish, which went on to be shortlisted for the 2015 International Prize for Arabic Fiction (IPAF). The previous year’s winner, Khaled Khalifa’s No Knives in the Kitchens of This City, was similarly shortlisted for the 2014 IPAF. Neither has yet been translated into English.

Naguib Mahfouz Medal winners receive the medal and a $1,000 prize. They’re also offered a contract for translation with AUC Press.

More on Daoud and his translations into English:

Hassan Daoud on the Present, and Possibilities, of Arabic Fiction

‘Bridging the Distance’: Marilyn Booth’s Translation of ‘The Penguin’s Song’