Friday Finds: Samah Selim on Translation Not as a ‘Marketplace’ or ‘Bridge’

“Translating the Egyptian Revolution, on Translation, Testimony, Activism: An Interview with Samah Selim” ran in an October 2016 issue of Getuigen: Testimony Between History and Memory, although it was only just posted online: 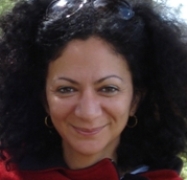 In the interview, Selim talks about how her reasons for doing translation — and for her views on what it does and is — have shifted in the last six years, and also about her current translation project, Arwa Saleh’s Al-Mubtasarun: dafatir wahda min gil al-haraka al-tullabiyya (The Stillborn):

I’m not so interested anymore in the idea of translation as “marketplace” or “bridge”, but as a form of radical knowledge production. My current book translation project (the first in five years or so) reflects this interest: a long-neglected memoir by a young Egyptian communist (and woman) of the 1970s student uprising generation. It has also made me much more interested in the poetics and political economy of translation into Arabic. Last year a small group of Egyptian colleagues and I founded a collective to develop an online community of translators to experiment with new ways of thinking and doing translation in Arabic

Crisis translation produces an effect like the ripple in a pond, an event of critical mass sets off expanding, in ephemeral circles of resonance and possibility. Deep translation is a form of excavation and building; of shaping space and creating structure. It intends to capture the fading resonance of the crisis event and turn it into knowledge – of as much of the deep context of the crisis event as possible: its history, its political-economic bases, its cultural effects, but also the minutiae, the ins and outs, of the daily dealings surrounding it. Deep translation is the basis of the kind of cross-border political understanding that makes solidarity work as well as local activism possible and effective.

And further, how this relates to The Stillborn, set to be released from Seagull Books:

I think it was this impetus to translate “deeply” that compelled me to work on Arwa Saleh’s book, The Stillborn: A young woman’s notes from the student movement generation in Egypt, which I mentioned above. The book is so profoundly shaped by an “unauthorized” local history, it speaks so directly to a local audience (and a very specific one at that – Saleh’s fellow ex-student communists of the 1970s), that the task of making it mean something in English – and even to “interested parties” at that – is really daunting. And yet, I do believe that the book goes a long way in helping the target English-language reader, of whatever national origin, understand something essential about where the 2011 revolution came from and why it “failed”, if indeed it did. These are questions I and countless other Egyptians have been asking ourselves for the past couple of years, but I also believe that they surely must be of interest to anyone who cares about the past, present and future of the international left.

And how she chooses a project:

For the most part when I decide I want to translate a literary text it’s because I find it beautiful, exciting, powerful; because I’m convinced it can give pleasure and knowledge to the English-language reader, because it can offer them a little window into a vast and complex world of affect and meaning that is both strange and familiar. This dialectic is what creates the possibility for all kinds of engagements, challenges and recognitions, in and between cultures. I see that process, that relationship as being distinct from political translation but at the same time, this latest experiment (The Stillborn) is perhaps a mixed mode, where the slowness and voice-shaping of the literary comes together on some level with the urgency and more direct reader-targeting of the political.

You can read the whole interview online.

One thought on “Friday Finds: Samah Selim on Translation Not as a ‘Marketplace’ or ‘Bridge’”