This article first appeared in the December 2017-January 2018 “Tunisia” issue of The Middle East in London and is reprinted here with permission: 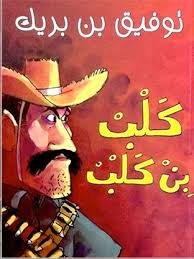 The 2011 Revolution unchained Tunisian literature: it removed mediation between the writer and the public; broke the state monopoly on narrative; encouraged confessional literature and opened the door for new voices and extensive self-publishing. Between 2011 and 2015 there was a 70 per cent increase in the number of books published and a 15 per cent increase in the number of publishers. This has aﬀected fiction, non-fiction and poetry. Emblematic of this change is the novel Kalb bin Kalb (‘Dog, Son of Dog’, 2013), written by the dissident journalist and writer Taoufik Ben Brik, which became an immediate bestseller in a rejuvenated book market with 40,000 copies sold in a year. The book is written entirely in the Tunisian dialect and tells the story of the marginalised sections of society in a marginalised idiom. Such a democratisation of register was, in fact, one visible and audible eﬀect of the Revolution. For the first time in decades, a system of authority no longer controlled language, which also opened the door for explicit sexual language in literature, as in the novel Intisab Aswad (‘Black Erection’) by Aymen Dabbousi and the work of Kamel Zoghbani and Kamel Riahi.

There has been a plethora of fiction since 2011, but the novel is the medium of longue durée, which means that the novel does not cope well with revolutions, which are based on sudden change and uncertainty. Poetry, on the other hand, can handle sudden change or uncertainty and even thrives in such conditions. For all sorts of reasons, poetry travels better than fiction and now it travels faster than fiction. It has joined the ranks of other speedy travellers: cartoons, comments, images, news.

Poetry, long the main means of resistance and protest, accompanied the initial phases of the Revolution. Tunisia’s national poet, Abu al-Qasim al-Shabbi (1909-1934), looms large on slogans and in the new-found appeal of the national anthem. Mohamed Sghaier Awlad Ahmad emerged as the Revolution’s poet and was celebrated as such, with an oﬃcial and public commemoration of his work at the prestigious Carthage International Festival and an unprecedented gala at the national theatre a few months before his death. New attempts to rethink poetry, such as the movement entitled ‘nass/text’, remain at an emergent stage. 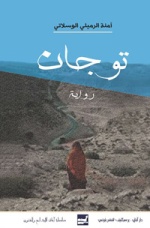 The current period has been in many ways a struggle for narrative and the reclamation of history. Testimonial writing has become a means of positioning and a part of discourses competing for legitimacy, part of the jostling for a place in a history that is now susceptible to reconstruction and retelling. A boom occurred in memoirs and ‘prison’ literature, including several books by Leftists and Islamists which detail torture, censorship and the suﬀering of families under previous regimes. Notable examples include Samir Sassi, Burj al-Rumi: abwab al-mawt (‘Borj Roumi: Doors of Death’, 2011), Mohamed Salah Fliss’ Sajin fi watani (‘A Prisoner in My Homeland’, 2016) and books by Ammar Zimzmi, Abdelhamid Jelassi, Kamel Cherni and many others. Literature gained more presence in the public sphere and in the media, with more book reviews, a dedicated television programme, House of Fiction, presented by novelist Kamel Riahi, radio programmes, and frequent book signing ceremonies and presentations in local libraries, bookstores and festivals. Novelist Emna Rmili, for example, was celebrated by the citizens of a town whose name she gave to the prize-winning novel, Toujane (2016). Alongside wider recognition of marginal and formerly censored writers inside the country, Tunisian literature gained remarkable foreign attention too. The poet Mohamed Sghaier Awlad Ahmed was celebrated in Italy, Malta and Switzerland while the novel al-Taliyani (‘The Italian’) won the Arabic Booker Prize in 2015. But seven years on, we are witnessing a decline in the readership of literature as people read less and write more and as audio-visual media dominates public attention.

Mohamed-Salah Omri is Professor of Arabic and Comparative Literature and Fellow of St. John’s College, University of Oxford. He is the author of A Revolution of Dignity and Poetry (2012).