Is there ‘Too Much Balance’ in the International Prize for Arabic Fiction? Where Authors Are from, Year by Year

CORRECTION: The 2008 longlist is not on the International Prize for Arabic Fiction website (English, Arabic) and was, I’m told, sent to journalists after the shortlist was released in 2008.

This means there has been an Omani novelist longlisted for the prize, which has been translated to English by Nancy Roberts as Earth Weeps, Saturn Laughs. Also, how Elias Khoury’s As Though She Were Sleeping failed to advance to the shortlist will remain a mystery for the ages. All the rest will be updated below.

One of the most common criticisms of the International Prize for Arabic Fiction (IPAF) — which launched its first prize in 2008 and has become the most well-known Arabic literary award — is that it seems to have “too much regional balance”: 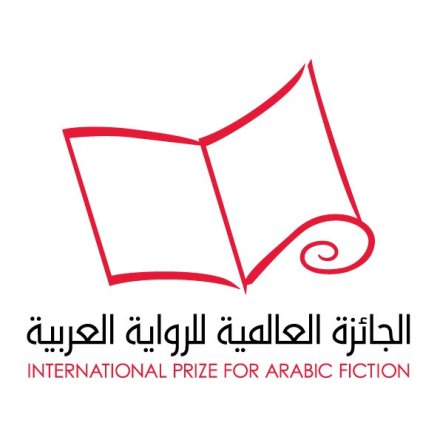 The prize’s “diversity” is something often stressed in longlist press releases, sometimes ahead of the innovations and aesthetics of the novels. However, this doesn’t hold for all forms of diversity. The single year when there was something approaching gender parity, there was a strong backlash against what many suggested was a forced gender balance.

The other thing many were quick to observe about the 2018 longlist was the number of authors who had appeared on previous IPAF lists: eight of the sixteen. Sudanese writer Amir Tag Elsir, for instance, has been on four of the eleven longlists.

In part, this is the way the prize is built: Because of the way the prize is structured, authors who made previous longlists get an automatic nomination. But it is also not a blind prize: Judges know whose books they are reading. Although I don’t currently have statistics on debut novelists longlisted for the prize — this year, there were two — they are certainly a minority.

The information below — for all countries where Arabic is an official language, at least according to Wikipedia — is meant as deep background for research and writing, not as a statement on any of the authors’ works, unless such a statement is made explicit.

An asterisk by the author’s name means they were that year’s winner.

Where there are errors or omissions, I apologize.

Although there are seven appearances by Algerian-penned novels, there are only four separate novelists. Waciny Laredj appears three times, and Amin Zaoui twice. No Algerian woman writer has ever been longlisted for the prize; ArabLit correspondent Nadia Ghanem suggests Djamila Morani should have been on this year’s list.

Ghanem added on twitter: “I can guarantee that none of today’s great novels by Algerian writers will appear on IPAF’s lists with a rule like ‘novels which have been published via a commercial arrangement through which the publisher is paid by the author are not eligible.'”

A novel by a Chadian author has never appeared on an International Prize for Arabic Fiction longlist. IPAF organizers list no submissions from Chad in 2018.

A novel by an author from Djibouti has never appeared on an International Prize for Arabic Fiction longlist. IPAF organizers list no submissions from Djibouti authors in 2018.

Egypt has by far the most longlisted authors, although also sends in by far the most submissions—this year, 27% of the submissions were from Egypt. Although still male dominated (4/33), and with a number of writers appearing twice (six), there are a variety of names.

A novel by an author from Eritrea has never appeared on an International Prize for Arabic Fiction longlist.

There are more female shortlistees from Iraq (five of 19) than from Egypt. Four authors appear more than once (Ali Bader, Inaam Kachachi, Muhsin al-Ramli, Sinan Antoon).

A novel by an author from Israel has never appeared on an International Prize for Arabic Fiction longlist. (Palestinian novels are listed under Palestine; this would be for Arabophone authors from, for instance, Iraq.) Neither were any submissions reported in 2018.

The numbers from Jordan are misleading, as a number of the Palestinian authors have Jordanian citizenship—such as Ibrahim Nasrallah—yet I listed them as Palestinian, particularly as Nasrallah writes primarily about Palestine and Palestinians.

No Kuwaiti novelist appeared before Alsanousi’s 2013 win, for Bamboo Stalk (translated by Jonathan Wright), and since then Ismail Fahd Ismail and Taleb Al-Refai have both appeared twice, along with one showing by Abdel Wahab al-Hamadi for Don’t Tell Your Nightmare!

Twenty-eight longlisted novels for little Lebanon, almost as much as Egypt. This year, Lebanon sent in only nine titles, or seven percent of the total. (Ridiculous and unscientific to note that every year there has been only one longlisted book from a Lebanese author, it was written by Antoine Douaihy.)

Jabbour Douaihy’s Printed in Beirut was not submitted to the 2018 prize, although both Douaihy brothers have been on the list three times. Rabee Jaber has seen all four novels he produced since 2008 make the list—with cause—although stunning that his Confessions made only the longlist in 2009.

Other notable repeat longlistees include Renée Hayek; surprising her books have never advanced from the longlist, particularly Year of Radio.

Just three longlisted novelists from Libya. None of their novels have yet been published in English translation, although it seems likely the compelling Slaves’ Pens, by Binshatwan, will be.

A novel by a Mauritanian author has never appeared on an International Prize for Arabic Fiction longlist, not even, for instance, Mohamed Ould Amin. 2018 was the first year a book by a Mauritanian was longlisted for the Sheikh Zayed Book Award: Ahmad Hafid’s Grapes of Vice. However, IPAF organizers list no submissions from Mauritania in 2018.

Three novels longlisted have been by former Moroccan Ministers of Culture (Bensalem Himmich and Mohammad Achaari, who was co-winner of the 2011 prize). The rundown of Moroccans has been relatively diverse, although no Moroccan woman writer has ever been longlisted for the prize.

As with Lebanon, there were works by nine Moroccan authors submitted for this year’s prize, seven percent of the total submissions.

CORRECTION: A previous iteration of this article stated that, “A novel by an Omani author has never appeared on an International Prize for Arabic Fiction longlist.” However, on the 2008 longlist — which is not on the prize’s website — Abdulaziz Al Farsi’s Earth Weeps, Saturn Laughs was longlisted.

Three were submitted this year—two percent of the total submissions—and the IPAF organized a “nadwa,” or writing workshop, primarily for Omani authors in 2017. There is certainly effort on the IPAF side to promote Omani authors.

Ibrahim Nasrallah appears three times and Atef Abu Saif twice. Laila al-Atrash and Sahar Khalifef are the only Palestinian women writers with books represented. Khalifeh’s has been translated to English as Of Noble Origins, by Aida Bamia.

Rabai al-Madhoun is the only Palestinian winner. His Lady from Tel Aviv has appeared in Elliott Colla’s translation, and his winning novel, translated as Fractured Destinies, will appear from Hoopoe Fiction later this year.

A novel by a Qatari author has never appeared on an International Prize for Arabic Fiction longlist. IPAF organizers reported no submissions from Qatari writers this year. The prize has had one Qatari judge, Huda al-Naimi, in 2012.

With three winners—including co-winner Raja Alem—Saudi is the winningest country, when it comes to the IPAF, even though they’ve only had nine total longlisted books. Abdo Khal’s Throwing Sparks (2010) is not one of the prize’s most popular or well-received winners. Only Mohammed Hasan Alwan appears more than once.

According to organizers, seven Saudi novels were submitted this year.

A novel by a Somali author has never appeared on an International Prize for Arabic Fiction longlist. There were no Somali submissions in 2018, according to organizers.

Although we see seven appearances by Sudanese novelists, these are from only three separate novelists. None are women.

Six submissions in 2018 came from Sudanese novelists; five percent of the total.

Although Khaled Khalifa appears twice, the absence of his Death is Hard Work, from the 2017 longlist, is one of the prize’s stunners. Seven of the 17 Syrian writers longlisted have been women, the only country that approaches gender parity.

Only a handful of Tunisians have made IPAF longlists, and Shukri Mabkhout’s winning novel, The Italian, was not a critical favorite. Habib Selmi is the only among them to have a novel translated into Engish, The Scent of Marie-Claire, a charming novel, although there is some awkwardness to the translation by Fadwa Al Qasem.

Although a number of Emirati writers have attended the nadwas over the last several years, only one Emirati novelist has made a longlist. Sultan Al Ameemi’s One Room is Not Enough did not advance off the longlist.

The only two Yemeni novelists to have been longlisted are Ali al-Muqri and Habib Abdulrab Sarori. Both have novels in English translation: Hurma, by al-Muqri, was translated by Thomas Aplin, and Sarori’s longlisted Suslov’s Daughter was translated by Elisabeth Jaquette. According to organizers, only one novel from Yemen was submitted this year.

2 thoughts on “Is there ‘Too Much Balance’ in the International Prize for Arabic Fiction? Where Authors Are from, Year by Year”