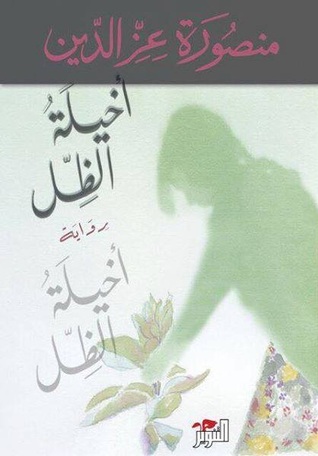 The acclaimed Egyptian novelist Mansoura Ez Eldin, in her 2017 novel Ikhyla’t Alzil (Shadow Specters), interleaves imagination and true events, and thus conquers the status quo of reality, such that it doesn’t matter whether a narrative event is historically or imaginatively presented.

The novel’s ostensible starting point is a comparative narration in two dimensions: the physical space between Cairo and Prague, and the psychic space between the main characters (Adam, Camelia, others). Ez Eldin’s works have focused thematically on place as a main discursive stream, fueling the entire text. The pivotal role of place in making a narrative body articulates its own story and underpins the gravity of the unfolding series of events, which she meticulously inscribes.

Characters in the novel have been virtually created to be thrown into their uncertain destinies in the present, in history, and possibly in the anticipated place. The reader is submerged in the various fluctuating characters’ names, memories, ambitions and existential mess. In so doing, just a single bunch on the Vltava River creates a constellation of secret lives sprung out to the other parallel places such as Cairo, Seattle, and Dresden. A complete set of historical events contextualize the main theme. Indeed, the writer emphatically invests her experimental tool without completely disassociating from the conventional novelistic writing standard. It is, however, common practice for a writer to be challenged and pressured by background knowledge into fostering a narrative structure, without which the entirely narrative project would fatally collapse.

It is embedded in Camellia’s memory that we find place, which is a blatant position of connecting with other genres in respect to chronological events. The novel manages to constantly drive the narrative to accompany the thematic conflicts, shaped by the main characters, who are in turn shaping the novel’s imaginative worlds. It is an attempt to create layers of writing from within so implicitly that it’s as if the narrator tirelessly tried to express what can be conceived of as inner text, disclosing that “I have been thinking that writing is essentially something like chasing and playing with a mirage, by transforming the physical reality into an imaginative, elusive one…”

Ez Eldin has mapped a narrative mosaic, embracing a rich space inhabited by various elements to include places, events, and objects in encyclopedic manner. Detailed descriptions are useful in clarifying supporting components and in making a novelistic text readable and audible; this justifies the overlapping images presented in this novel, where a range of taxonomy of trees, birds, customs, mythology and cultural motifs are all synchronously at work.

The novel examines the writer’s own technique of sorting out a representation of reality without imitating it, as a way of reproducing inartistic and other undesirable or narrative-less elements. In particular, the novel manages successfully to bring the non-imitative to become fully narrated, giving life to expository relationships between the narrative characters and their adopted common habits in writing that describes events more powerfully than the events themselves. Eventually, Ez Eldin shines a spotlight on the vague and esoteric events and characters that all develop logically, by the light of their own worldviews.

Nassir al-Sayeid al-Nour is a Sudanese translator and researcher.