September is World Kid Literature Month (#WorldKidLit), and we start off with a talk with the acclaimed Egyptian author for young readers, Ahmed Salah al-Mahdi:

Why did you choose to write for young people, and why fantasy? Which literary narratives and narrative tissue are you building on? What are your favorite Arabic fantasy stories?

Ahmed al-Mahdi: In my childhood, my grandmother used to tell me the folk tales of heroes and princesses and magic, I loved them greatly. When I reached the age of reading (about five or six years old) my mother used to buy books for me — these were fairy tales and fantasy stories, like tales from the Arabian Nights or Kalila and Dimna; there were also European fairytales and novels translated into Arabic, like “Little Red Riding Hood”, Alice’s Adventures in Wonderland and The Nutcracker.

When I was old enough up to choose what to buy and choose what to read, I found the wonderful series of “Egyptian Pocket Novels” that have many themes of fantasy and science fiction. Then I delved into the realm of real modern fantasy through JRR Tolkien. First I saw the movies, then read the novels. From this point, I read many fantasy books by English authors, like The Chronicles of Narnia and Harry Potter, and I knew that I loved fantasy and wanted to write in that genre.

I choose to write for children and young adults because I love their imaginations, which bring life to everything; you feel like kids truly believe in magic and fantastic things. Most adults lean more toward realism in their reading tastes, although not all of them; I myself still love fantasy, and I know there are others like me, but there is nothing like the imagination of the child or young adults.

My favorite Arabic fantasy novels are The Dreams Maker by Moataz Hasaneen, The Tales of The Last Red Ghoul by Mohammed Al-Dawakhly, and The Invaders of Dreams by Djamel Jiji.

How was your novel Reem distributed in Arabic? In what ways were you successful in reaching your audience, and how could it have done better, do you think, at reaching teen readers? How are teen Egyptian readers discovering new books? 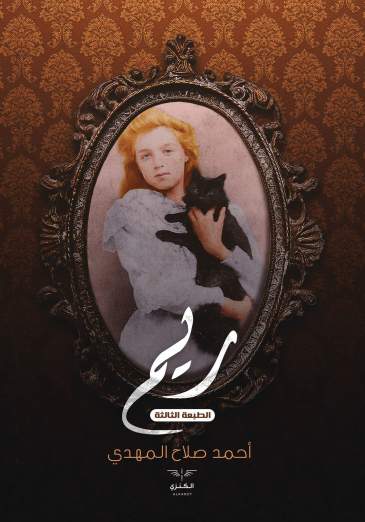 AM: I approached the publishers at “Alkanzy,” and they loved the story and decided to publish it. They were a relatively new publisher, and I guess I would’ve reached a wider audience if Reem had been published by a bigger publisher. But one has to start somewhere, and they are nice people and I’m happy with what I’ve achieved thus far.

Teens in Egypt do not have many choices; most publishers tend to focus more on children’s books or adult books, and some of them don’t even acknowledge the category of Young Adults; that’s why it’s hard to publish novels in this category in Egypt. The Egyptian Pocket Novels were a great way to reach the teens, because the books were cheap and sold in the same places that sell school materials, but today they have no choice but to go to the Cairo International Book Fair, where there are always sales and even families go there with their kids to buy books.

Have you done any events in schools, or worked with schools at all?

AM: I tried with some schools, but they are very restrictive here in Egypt, everything must be done with government approval and many signed papers, so I gave up.

Do you read Arabic books targeted at teens? What Arabic works do you read, and which ones do you admire?

AM: Most of the time I read only in English, but from time to time I found some great Arabic books like I mentioned above, The Dreams Maker or The Tales of The Last Red Ghoul.

What do you think about prizes like the Etisalat Award for Arabic Children’s Literature?

AM: These prizes are great opportunity for authors to feel appreciated, and fantasy novels can have a chance of winning, unlike with other prizes that think fantasy is not a real literature.

AM: Governments should support books for children and teens so that they’re cheaper, thus more obtainable by students; also we need to transform these novels into other media, such as cartoons and video games. But Egypt is still far behind in those fields.

What did you learn about your novel by translating it? How did you feel it change when you moved it into English? Why did you decide to translate it yourself?

AM: Re-writing my novel in English helped me to see it from other angle; with every sentence, I tried to think how the Western reader might perceive it. Sometimes I changed a sentence to make it easier for the English reader, but these were few and far between.

My friend Emad El-Din Aysha, an emerging author, is helping with this, as a native speaker of English. I help him with the Arabic!

What made me decide to translate it into English was my Algerian friend Djamel Jiji, the author of The Invaders of Dreams, who wrote his novel in French and English. He encouraged me to translate my novels to reach wider audience, and it was some of the best advice I’ve gotten in my life.

How did you find your way to working for Kalimat? How is it different from working with Alkanzy?

AM: I was searching for a publisher for novels for young adults. After I tried with Egyptian publishers, I heard a lot about Kalimat, so I searched for their e-Mail and contacted them; they loved my novel and told me that it’s, “A great novel written by an elegant pencil and faithful to the world of fantasy.” I ended up translating many works for them from English to Arabic, but my novel is yet to be published.

Kalimat is much bigger publisher that Alkanzy, as it was founded by a member of the royal family there, Bodour bint Sultan bin Muhammad Al Qasimi, and they work on a very large scale.

From Reem, translated by the author:

He suddenly saw a young girl the same age as him, wearing a simple white dress, looking at him in surprise while she was blushing. The rays of sun sneaked through the branches of the trees and reflected on her golden hair. Her eyes were as blue as the river; she was the most beautiful girl he had ever seen.

The concept of death seems distant, unimaginable, to the mind of a child; until they lose someone close to their heart, then they begin to realize the cruelty of death; what it means when someone you’re used to, and who’s so close to your heart, ceases to exist.

Eventually her feet took her to the river near the house. She liked to sit near the bank and look at the sight of the various reflections on the sheet of the water. However, not once had she dared cross to the other side. She began to believe that this was her own world, and her imagination filled the place with life.