On Monday, the Palestine Book Awards announced their 2019 shortlist: 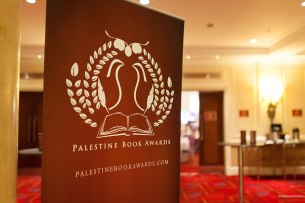 The awards, now in their eighth year, received 43 submissions and chose a shortlist of seven:

The winner will be announced November 1 in London, and — as in previous years — there will be an evening with the shortlisted authors the evening before the awards ceremony.

Surprisingly this year, there were no translations shortlisted or commended.

The twin aims of the award are to honor and celebrates books in English about Palestine and to “encourage authors and publishers to produce more books on Palestine.”

CORRECTION: Originally, the piece had this error, “A particularly notable translation of a Palestine-focused literary works that appeared in the first half of 2019 is The Book of Disappearance, Ibtisam Azem, tr. Sinan Antoon (May 2019); it’s surprising to see this novel overlooked.” The Book of Disappearance remains a particularly notable translation, but it is not out until June 28, 2019 and thus will not be eligible until next year.