Words Without Borders recently published a special section co-edited by Sawad Hussain and Nariman Youssef, “Beyond Representation: Life Writing by Women in Arabic“:

It opens with their co-written introduction:

Arabic literary traditions are rich with women telling their own stories, from Andalusian Wallada bint al-Mustakfi’s fakhr poetry—allegedly embroidered on her clothes—through the epistolary practice of Nahda writers like Mayy Ziyadeh to the autobiographies of feminist pioneers Huda al-Shaarawi and Nawal al-Saadawi, as well as the memoirs of established literary authors such as Radwa Ashour and Samar Yazbek. In this feature, we bring you a small selection of contemporary voices that expand and challenge these diverse traditions of nonfictional life writing.

It includes a segment from Nadia Kamel’s Born, a memoir/biography hybrid translated by Brady Ryan and Essayed Taha. Over email, they said, of the book:

Born: The Story of Naela Kamel, née Marie Elie Rosenthal tackles Egypt’s tumultuous twentieth century – World War II, independence, Arab Nationalism, leftist and feminist politics, Zionism, and the contested history of Egyptian decolonization – all from the deeply humane perspective of an individual life. Nadia Kamel writes in her mother’s voice, showing the reader how her extraordinary life and family’s destiny dovetailed with politics and regional history. An aging mother’s life-story turns what you thought you knew about Egypt, the Middle East, and the twentieth-century upside down.

When reading Born we couldn’t help but ask how many women like Marie – not just in Egypt but everywhere – have unassuming yet remarkable stories that rest untold and unheard. What would it mean to conceive of history as telling those stories without giving in to the impulse to justify, glorify, or set the record straight? We venture that this is not a retreat from politics, but a reclamation of the very engaged lives – like Marie’s – that politics would rather render invisible.

Born straddles traditional genres, though it reads like a memoir with Kamel writing in her mother’s voice. It will appeal to a readership hungry for a unique perspective on twentieth-century history, the Middle East, and feminism. Born will draw in readers with its witty and poignant narrative voice. Immediately readers will recognize in Marie the spirit of the matriarchs in their own lives, whose stories have perhaps yet to be told.

As the French communists left the country, they handed me over to an Egyptian cell. The guy in charge of this Egyptian cell—and by extension, me—was someone called Abdelssetar Ettawila. He was a member of the organization’s central committee, not by election and not because he’d earned it, but by rising through the ranks. When the central committee members were arrested, those next in line took over the leadership. But then this second group was arrested too, and guys like Ettawila ended up in charge. Ettawila was responsible for the “technical arm,” basically the printing press. The leaders in prison wanted the technical arm in particular to keep going. The pamphlets had to, absolutely had to, continue getting printed and distributed, so as to give the impression to the police that there were loads more communists out there other than the ones who’d already been arrested. That’s how I officially became a member of a pamphlet-distribution cell. 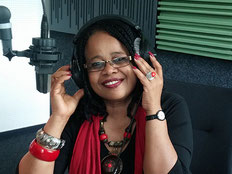 The next piece, by Ishraga Mustafa, was translated by Sawad Hussain. Abdel Baraka Sakin has recommended reading the Sudanese-Austrian writer; he particularly recommends her autobiography: Untha Al-anhar. You can watch a video interview with Mustafa, and you can read some of her poetry translated to German. She did her PhD in Political Science, worked as a journalist, and has published poetry in both Arabic and German. She has also worked with PEN International and as a counselor for female victims of trafficking, also in Vienna.

Her “Razor Blade Rattle and the Beginnings of Being Tamed” opens:

Things didn’t stay as the toy boats of my childhood would have wished; unrestrained and free, I used to play with the boys in the street . . . the skies would open and pour down, and we would amuse ourselves to the hilt. The taming began the day I heard them, the women, saying, “The girls have grown, now’s the time for tuhur.”

The next piece, “University Student,” by Sahar Khalifeh, translated by Hussain, comes from Khalifeh’s A Novel for My Story.

Hussain’s translation of Khalifeh’s Passage to the Plaza (her classic Bab Es-Saha) is out next month from Seagull Books. In this excerpt from her memoir, Khalifeh describes how she and two friends became middle-aged university students in Palestine.

Birzeit University offered me a place, and I grew wings, feeling that the world was finally opening up to me. I forgot about my novel completely and cast it aside. It felt too small, too frail, to be a real source of support, one that could restore the balance I had lost because of my ignorance, my dependence on others, and not having my own money. I had to stand on my own without relying on anyone, whoever they may be. My first novel, or any novel for that matter, wouldn’t provide me with the financial or moral support I craved. 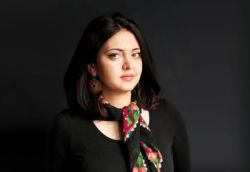 The last piece, an essay by Rasha Abbas, was translated by Alice Guthrie: “Six Proposals for Participation in a Conversation about Bread.”

You can read much more by Abbas in English translation, including “The Gist of It,” (tr. Guthrie), ““Falling Down Politely, or How to Use Up All Six Bullets Instead of Playing Russian Roulette (tr. Guthrie), and “King of Cups” (tr. Lissie Jaquette).

“We were obliged to temporarily cede the reins of power.”

The first Syrian revolutionary coup d’état was announced by back-to-back radio bulletins, starting with the basics: an introduction emphasized how reluctant the leaders of the coup were to rule the country. Apparently they had simply been obliged to take over, despite their reticence, knowing their rule was in the public interest. (This tone was to be replicated in the declarations announcing every military coup to come.) Next, the leaders requested that Syrians be “calm and serene,” warned them not to take up arms, and imposed a curfew. After that came the fourth announcement: the bread announcement. This was a warning not to monopolize the sale of bread or manipulate its prices, and a promise of severe punishment for anyone who violated this rule.

“Beyond Representation: Life Writing by Women in Arabic”

“Razor Blade Rattle and the Beginnings of Being Tamed”

“Six Proposals for Participation in a Conversation about Bread”