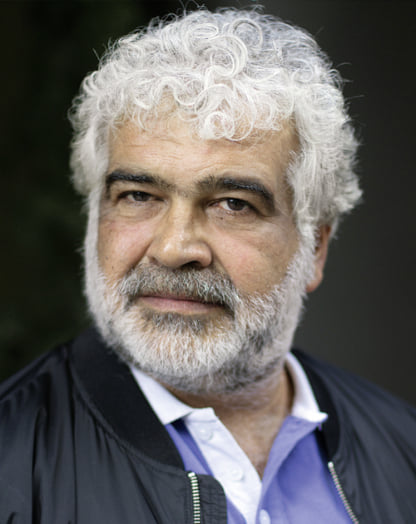 The 2021 fellowship — jointly run by St Aidan’s College of the University of Durham and Banipal magazine — will go to Syrian novelist Khaled Khalifa.

Syrian novelist and screenwriter Khaled Khalifa was born in Aleppo and currently lives in Damascus. He has published six acclaimed novels and written numerous scripts for TV dramas and films.

In a recent issue of NYRB, Charles Glass wrote: “Khaled Khalifa is Syria’s biographer, much as Gore Vidal declared himself America’s.”

Three of Khalifa’s novels have been published in award-winning English translation, all Englished by Leri Price: In Praise of Hatred, No Knives in the Kitchens of This City, and Death is Hard Work.

His most recent novel لم يصلّ عليهم أحد (No One Prayed Over Their Graves) was longlisted for the 2020 International Prize for Arabic Fiction.

The annual Banipal Visiting Writer Fellowship was established in October 2016. The one-term residency is based each year at St Aidan’s College and is based on three principles: “that Arab literature is an essential part of world culture and human civilization; that dialogue between different cultures needs to be continually deepened; and that the joy and enlightenment to be gained from reading beautiful poetry and imaginative writing is an integral part of human existence.”

Khaled Khalifa is set to arrive in Durham on January 11, 2021. During the term, he’s expected to engage in literary activity with writers and readers in Durham, the North East of England, and other parts of the UK, in addition to pursuing his work-in-progress.

Khaled Khalifa’s ‘Living in a Void’