Following a month-long break, BULAQ co-hosts M Lynx Qualey and Ursula Lindsey put together a list of 10 books they plan to discuss this fall:

The “Ten Out of Ten” episode focuses on ten books, some new and some old, some brought to the discussion by MLQ and others by Ursula: 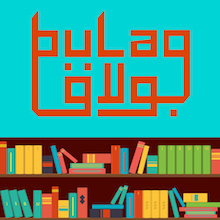 1) Etel Adnan’s Shifting the Silence (out in September) is the latest by the 95-year-old Lebanese artist and poet.

2) The Fourth Shore, Alessandro Spina, tr. André Naffis-Sahely, is the latest volume of the author’s monumental series, The Confines of The Shadow, to be translated. You can read about Spina — who came from a Syrian family, grew up in Libya, and wrote in Italian —  here.

3) A bilingual collection of the renowned Iraq female poet Nazik al-Mala’ika, Revolt Against the Sun, tr. Emily Drumsta (out in October).

4)  The Pillar of Salt is a classic post-colonial novel by the Tunisian writer Albert Memmi, who passed aways this year. Adam Shatz wrote a lovely profile of him in the London Review of Books.

6) A Country For Dying, by the Moroccan novelist Abdallah Taia, tr. Emma Ramadan, tells the stories of several immigrants and refugees in Paris, seeking new lives and escape from violence and repression.

7) Straight from the Horse’s Mouth Meryem Alaoui tr. Emma Ramadan (September) is narrated by a prostitute in Casablanca.

8) Between Beirut and the Moon, A. Naji Bakhti, is a collection of humorous essays about the author’s family and growing up in post-civil-war Beirut.

We also discussed some recent moving writing from Lebanon. And some ways writers have come together and you can help to support libraries and bookshops there.