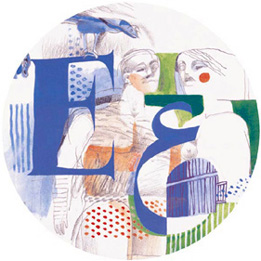 Banipal has apparently been saving up their news, as a whole bunch of it appeared in my inbox this morning. Among the news items: judges will be deliberating on the Saif Ghobash – Banipal prize-winners later this month.

Judges this year are Margaret Drabble, Professor Susan Bassnett, our friend Elliot Colla (who was a runner-up for the prize in 2009) and non-voting chair Professor Yasir Suleiman. (More on the judges here.)

Banipal doesn’t put out a shortlist (although they should) or say how many entries are being considered (they also should), but nonetheless this is an announcement worth (eagerly) anticipating.

2008, Fady Joudah for his translation of Mahmoud Darwish’s The Butterfly’s Burden. (The runner-up was Ghassan Nasr’s translation of the late Jabra Ibrahim Jabra’s last novel, The Journals of Sarab Affan, and also “commended” was Nancy Roberts’ translation of Salwa Bakr’s The Man from Bashmour. Buy all three of these books, too.)

2007, Farouk Mustafa (pen-name Farouk Abdel Wahab), for his translation of Khairy Shalaby’s The Lodging House. (Runners-up were Marilyn Booth, for her translation of Hamdi Abu Golayyel’s first novel Thieves in Retirement, which I recommend, and a commendation was given to Peter Theroux’s translation of Emile Habiby’s Saraya, The Ogre’s Daughter, which I haven’t read.)

2006, inaugural winner Humphrey Davies, for his translation of Elias Khoury’s Gate of the Sun (which I know you’ve already read, so I don’t need to urge you to get it), with a runner-up spot for Hala Halim’s translation of Mohamed el-Bisatie’s Clamor of the Lake and a commendation for Paul Starkey’s translation of Edwar al-Kharrat’s Stones of Bobello.