The Only Gazan Novel Translated into English?

As translated Elliott Colla recently noted, Raba’i al-Madhoun’s International Prize for Arabic Fiction-shortlisted novel The Lady from Tel Aviv is perhaps the only novel by a Gazan author translated into English: 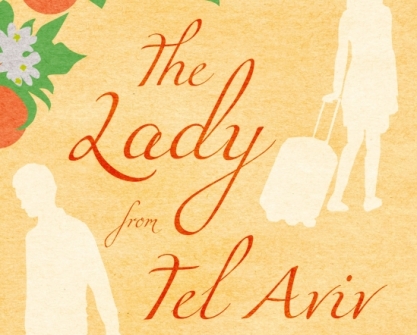 There are other novels set in Gaza — among them Selma Dabbagh’s Out of It  and a Matt Rees detective novel — but The Lady from Tel Aviv may be the only novel by a Gazan author translated from Arabic into English. Like many in Gaza, al-Madhoun came to the Strip as a refugee; he was born in the village of al-Majdal, near current-day Ashkelon. After his family was driven out of the village in 1948, they resettled in the Khan Younis refugee camp in the Gaza Strip.

Launch of ‘Lady from Tel Aviv’: Whose Story Is It?

… These ambiguities carried through into the launch event, where at times it was hard to know whether al-Madhoun was talking about his own life and thoughts on the process of writing, or those of his character Dahman — also a novelist. The parallels in their life stories are obvious: Madhoun was born in Askalan (now Israeli Ashkelon) just before the Nakba; Dahman born just along the coast in Isdud/Ashdod. Both became refugees in Gaza and – for different reasons – could not return for decades. Both travelled across the Middle East and Europe, living on their wits and their writing. Madhoun’s tale is more “political” and more dramatic, as he was thrown out of Egypt for membership in a left-wing Palestinian faction and underwent torture in Syria.

An excerpt from the novel: Returning to Khan Yunis,  trans. Elliott Colla

I spent my morning wandering around town, trying to get a feel for what it has become. The Khan Yunis I knew no longer exists. I had searched out the khanyunisian essence of the place everywhere, but never found it, for the remnants of the old place were buried beneath the surfaces of the contemporary city. As I walked around the main streets, I often felt like I knew it, even though there was nothing tangible that would lead me to believe this. There was no trace of the streetlamp in whose glow I used to bask all night. The shop where I bought cigarettes is now gone, along with the café where I used to play cards with friends. Even the dirt courtyard where I used to walk barefoot is gone. Beneath the surface of the place, other buried impressions take form here and there. It is like looking at a black and white photograph whose details are blurred by the passing of years.

“During my trip to Gaza, I took a few notes, but I also recorded the discussion of a meeting at the Khan Younis refugee camp. I used it literally and deliberately as if a “live TV” chapter were being broadcast in a book. Fiction can watch reality and simulate it, and reality mocks and taunts fiction. On top of that, there’s a poem from Mahmoud Darwish, contradictory facts, real names, and a lot of information as well.”

Video: Rabai Madhoun Speaks About ‘The Lady from Tel Aviv’

One thought on “The Only Gazan Novel Translated into English?”