Another Young Shortlist for International Prize for Arabic Fiction

This year’s International Prize for Arabic Fiction (IPAF) again passes over books by established authors and chooses an — on the whole — list of young and emerging novelists:

Thirty-year-old Jana Elhassan is the youngest on the list. Hammour Ziada, Atef Abu Saif, and Lina Elhassan are also all under 40, and 53-year-old novelist Shukri al-Mabkhout is on the list with his debut novel.

Of the six, only Jana Elhassan has been on the IPAF lists previously, with her Me, Her, and Other Women, shortlisted in 2012. The writers are not without accolades, however. Hammour Ziada’s Longing of the Dervish also won last year’s Naguib Mahfouz Medal for Literature, and Lina Huyan Elhassan had previously been chosen to take part in an IPAF “nadwa,” or writing workshop.

Among the shortlisted authors, Atef Abu Saif has been published in English. His work was included in the short-story collection he edited, The Book of Gaza, and he also has a forthcoming collection of essays The Drone Eats With Me: Diaries from a City Under Fire. Both are from Comma Press.

The presence of two women authors on this year’s shortlist marks a shift from all previous years save 2011, the year Saudi writer Raja Alem co-won the prize. Other years, there has been only one woman on the shortlist or none, as in 2012.

The shortlist was announced today by the prize’s judging panel at a press conference in Casablanca. The judging panel — also kept secret until today — is being chaired by beloved Palestinian poet and writer Mourid Barghouti, who recently lost his wife, the novelist Radwa Ashour. The rest of the judging panel is: Egyptian academic Ayman El-Desouky, Bahraini poet Parween Habib, Iraqi critic Najim Kadhim, and Japanese academic and translator Kaoru Yamamoto.

In a prepared release, the judges remarked on the books varied techniques, which included:

“adopting a flowing, quiet narrative when rendering the intricacies of a violent history (Floor 99); the widening, panoramic view offered of a tumultuous period of history, through a gripping and inspiring story (The Italian); the ability of a narrator to effectively portray the cruelties a society can inflict on its dispossessed minority (Willow Alley); delving into the complex and hidden recesses of a human soul which is grappling with the authority of the sacred, whether religious or secular (The Longing of the Dervish); a writer being able to undo fixed views by offering rich counter narratives, penetrating into the intricacies of social realities (A Suspended Life); and, finally, the shrewd narration that blends disparate life stories into one account of intertwined destinies (Diamonds and Women).”

Judging chair Mourid Barghouti further said: “Reading the 180 novels nominated for the Prize this year, the judges observed that the thematic concerns were broadly similar. Our objective was to identify the ability of the novelists to find artistic solutions and fresh technical approaches to their themes. We believe that this is reflected in the six novels announced today.”

As in the past, the winner will be announced at an awards ceremony in Abu Dhabi on the eve of the Abu Dhabi International Book Fair. This year that will be Wednesday, May 6.

Jana Elhassan on Writing as a ‘Scandalous and Outrageous Act’

Shukri al-Mabkhout: ‘It Was No Prophecy!’

Atef Abu Saif: ‘I Have Wondered About How We Are Silent’

Excerpts from Me, She, and the Other Women, by Jana Elhassan 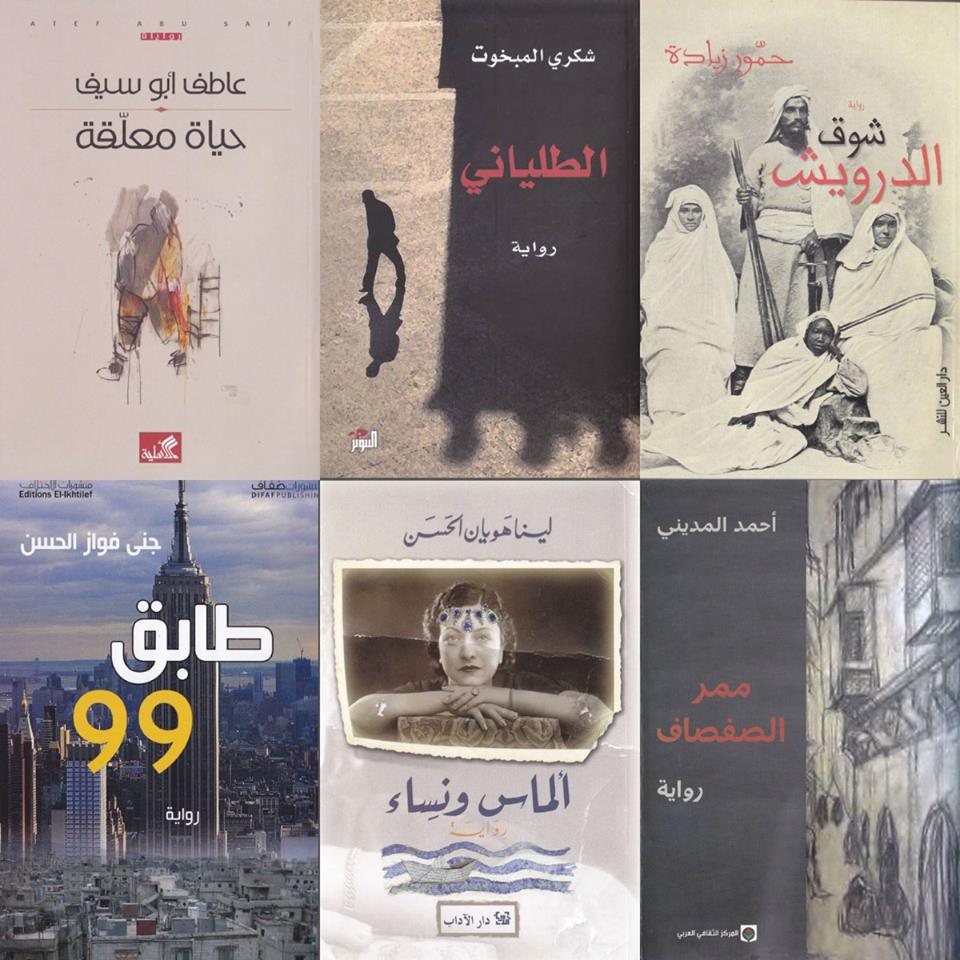 This story will be updated throughout the day.