Issue 3 of The Bennington Review has a poem by Ghassan Zaqtan, “Damascus 1986,” translated from Arabic by Fady Joudah: 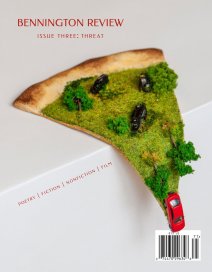 Zaqtan, of course, is a multi-award-winning Palestinian writer living in Ramallah, the author of ten collections of poetry and two novellas, co-winner of the prestigious Griffin Poetry Prize (for Like a Straw Bird it Follows Me, along with Joudah)and twice nominated for the Neustadt Prize. The Silence That Remains (Copper Canyon Press, 2017), also translated by Joudah, is his most recent poetry collection to appear in English.

His novella, Describing the Past, translated by Samuel Wilder (2016), is a must-read; his Where the Bird Disappeared (2018) builds on that book.

This poem, “Damascus 1986,” is full of hard sounds, scarcely tethered images, and missed opportunities. It opens:

Read the poem at The Bennington Review.