This delightful short fiction by Shahla Ujayli (winner of the 2017 Almultaqa Prize for the Arabic Short Story and author of A Sky So Close to Us, tr. Michelle Hartman) was translated by Alice Guthrie and appeared in the excellent magazine The Common:

Ujayli’s “The Memoirs of Cinderella’s Slipper” is, naturally, a retelling of the Cinderella story, although set in an unnamed country that seems much like modern Syria. 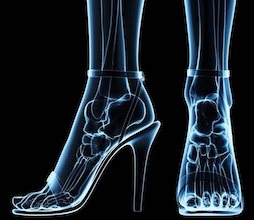 It opens, in Guthrie’s translation:

The uniformed conscript led the way, bearing aloft, on a small pink velvet cushion, a shabby-looking woman’s shoe. The leather was faded, stretched, and torn. Part of the sole had come off, and the heel had been roughly hammered back on with protruding nails. None of the repairs that had obviously been carried out in an attempt to restore the shoe’s former glory had succeeded. Behind the conscript came the cavalry, weaving their way through the houses of the city, searching for a woman’s foot to fit the shoe.

The shoe belonged, in fact, to a beautiful young woman in her mid-twenties called Cinderella. She had purchased it a few days earlier from a downtown store. It was a plain but shiny black round-toed shoe, a stiletto, and it had ushered in her elegant size-37 left foot and held onto it as if it had been custom-made. The following day Cinderella had set out in it for a job interview at a company. She’d stormed out of the house, hoping to escape her stepmother’s tyranny by getting a job and leaving home for good.

Keep reading at The Common Online.

More from and about Ujayli:

Language, Teaching, and Translations that ‘Carry That Feeling of Arabic’