Speaking of the International Prize for Arabic Fiction’s (IPAF) forthcoming (next month) longlist, it continues to be strange that Youssef Rakha‘s debut novel, Book of the Sultan’s Seal (2011) did not appear on the previous long or shortlist; who knows whether The Crocodiles (Oct 2012) will be on next year’s (Dec. 2013). 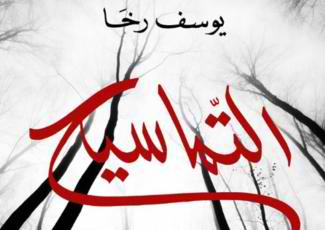 The IPAF choices vary year by year, and some seem more sensible than others. There might perhaps be a tendency to favor “readability,” going with the sometimes thin but yep-looks-like-a-novel-novel (Sunset Oasis, Azazel) over a more interesting, innovative weave of stories. (Certainly it must be difficult to wait for beauty and newness to emerge when racing through 130+ nominated novels.)

Anyhow! In the excerpt of Crocodiles, one feels the pulse of Roberto Bolaño (but through a different prism entirely), the prose poets, and a narrative misogyny — woven in and around the shared events of 2011, which reach the narrator “from afar.”

This passage (trans. QISASUKHRA, the translator who DARE NOT SPEAK HIS/HER NAME) has both a wonderful specificity and wider echoes:

Here I shall be cut off and secure; allowed to remember. It’s truly pleasant to be spending my time tapping away with a clear head while Egypt burns, and I reflect that the problem—perhaps—is that it doesn’t burn enough; that over there are those that talk about the threat the demonstration poses to productivity and the importance of getting the economy going even as young men are abducted and tortured; that people run for parliament on the grounds of their familiarity with Our Lord, while Al Azhar’s men are murdered with live rounds. Because of this, because these events, in spite of everything, are limited, and because their significance is squandered with people’s readiness to believe in lies, I feel the necessity of remembering and am content with my remoteness.

QISASUKHRA’s excerpted translation of The Crocodiles is very short; there is a also a very short Arabic excerpt available on Jadaliyya or Youssef’s blog. You can find more by trolling around Youssef’s Facebook group.

A conversation with Youssef on The Kenyon Review blog.

NOTE: Paul Starkey’s English translation of The Sultan’s Seal will be available “later on in 2013,” from Interlink. If you want to know exactly when, you can watch this space or subscribe to the Interlink newsletter. Or. Both.