Palestinian poet Dareen Tatour was arrested last October “at a predawn raid of her home by a large number of police officers, like some dangerous criminal”: 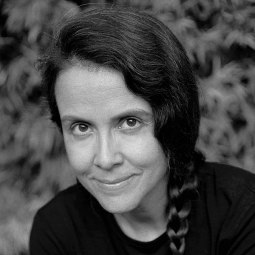 That’s according to an editorial in the Israeli newspaper Haaretz calling for Tatour’s release.

The dangerous crime? A poem that Tatour posted on Facebook, called Qawem ya sha’abi, qawemhum,” translated by poet Tariq Al-Haydar as “Resist, My People, Resist Them.” The poem allegedy incites violence against the Israeli state. Tatour is currently under house arrest awaiting the next phase of her trial.

You can read more in today’s report by Kim Jensen, “The trials of Dareen Tatour: racism, negligence, and the G4S connection.”

Those who were not politicians,

who were going to school or tending the rooms,

shops, libraries, kitchens, mint sprigs drooping in a can,

we would have done anything for you, Palestine.

But all we knew to do was talk, talk, to everyone who already agreed.

feel hopeful that President Obama might (in his vast intelligence)

really stand up for you — what else could we do?

Talk to those who didn’t already agree? But who were we?

“If they knew our stories, they wouldn’t do these things to us,”

my Palestinian grandmother said, when she was 100 years old,

after being tear-gassed in her own room by Israelis.

She wasn’t angry – we were.

Dareen, trapped in her house for using the word “Resist” – she was there

and we were everywhere else.  Easy to punish her, Israel had

Pressed down for so long, those without influence over weapons or borders,

inverting the facts…and they DID know the story, Sitti,

because everyone told it, Dareen told it,

talking forever, but the checkpoint lines got longer, pressed,

the way a nightmare compounds, spinning out swirls of

the powerful kept saying, Give the oppressors more money,

they are a democracy,

and the sleeping person shouted from the nightmare, Wake up!

Just let me wake up!

4 thoughts on “‘Talking Forever’: A Poem for Dareen Tatour by Naomi Shihab Nye”