By Arab Women: 6 New Books for Young Readers in Translation

It’s probably not particularly surprising that of the six new Arabic books for young readers that are available in English translation in 2019, six have been written by women. But it is surprising to have such a wealth of new titles: 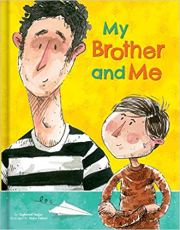 This is the story of a dot that got bored of sitting in the same place for ages without anything to do. So, it got up and started moving around. And that was when the fun started… Written and illustrated by acclaimed Syrian artist Gulnar Hajo. April 2019.

This is the story of Nour, a little girl with neither family or home. A self-aware book character, she struggles to escape her story and find a happier life. April 2019.

In this brotherly love story, Aloush — the youngest in the family — adores his big brother Ramez. But then suddenly Ramez is absent, as he’s fallen in love and — ugh — about the get engaged. Fortunately, Aloush’s new sister-in-law-to-be knows how to deal with this situation. A lovely look at a Jordanian family system in a moment of flux, and how they deal with it. May 2019.

An Arabic folktale-inspired story about facing your fears and accepting differences. Villagers are afraid of the “Ghoul,” who Hassan finally meets living on top of a mountain (and who is just as terrified of people as they are of him). Hassan and the Ghoul realize that they can still be friends, despite their differences. November 2019. 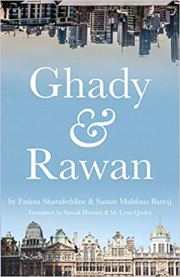 It’s hard not to recommend a book translated by two ArabLit editors, but Ghady and Rawan is indeed “a heartfelt and timely novel by the award-winning author Fatima Sharafeddine (The Servant, Cappuccino) and Samar Mahfouz Barraj. The novel follows the close-knit friendship of two Lebanese teenagers, Ghady, who lives with his family in Belgium, and Rawan, who lives in Lebanon. Ghady’s family travels every summer to Beirut, where Ghady gets to spend all his time with Rawan and their other friends, enjoying their freedom from school. During the rest of the year, he and Rawan keep in touch by email. Through this correspondence, we learn about the daily ups and downs of their lives in Brussels and Beirut, including Ghady’s homesickness and his struggles with racism at school, as well as Rawan’s changing relationship to her family. The novel offers a glimpse into the lives of Lebanese adolescents while exploring a range of topics relevant to young people everywhere: bullying, parental conflicts, racism, belonging and identity, and peer pressure. Through the connection between the two main characters, Sharafeddine and Mahfouz Barraj show how the love and support of a good friend can help you through difficulties as well as sweeten life’s triumphs and good times.” August 2019. 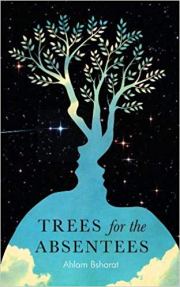 This book is not being promoted as YA, but it certainly will be engaging for older teens in English, as it was in Arabic. In the story, readers will find young love, meddling relatives, and a father is in indefinite detention. “Philistia is closest to her childhood, and to her late grandmother and her imprisoned father, when she’s at her part-time job washing women’s bodies at the ancient Ottoman hammam in Nablus, the West Bank. A midwife and corpse washer in her time, Grandma Zahia taught Philistia the ritual ablutions and the secrets of the body: the secrets of life and death.

“On the brink of adulthood, Philistia embarks on a journey through her country’s history – a magical journey, and one of loss and centuries of occupation. As trees are uprooted around her, Philistia searches for a place of refuge, a place where she can plant a memory for the ones she’s lost.” September 2019.

One thought on “By Arab Women: 6 New Books for Young Readers in Translation”