What does crime fiction look like when set in a society where the justice system is broken?

Crime, together with actions defined as criminal, are very much at the forefront of debates in Algeria at the moment. Over the course of the peaceful nationwide protests that began in February, a worrying number of women and men who have marched bearing the Amazigh flag on Fridays have been arrested. These arrests, reported to have started in June, initially dealt pre-trial detentions with release, eventually, on no charge. Soon however, the number of arrests increased, and releases were replaced with trial dates. For the State, displaying the Amazigh flag is an “attack on national unity”: that is to say, a crime.

On Monday November 12, the trial of 42 women and men arrested on this charge began. The results of that day’s deliberations were pronounced in the night, with announcements the following morning leading to a national outcry. Twenty-one of those examined were handed similar sentences: 12 months jail term, with 6 months suspended, in addition to a 30,000 dinar fine. On that Tuesday, eight more of those arrested, judged in the same tribunal, were handed out six-month jail terms with the same fine. The others will be judged in the coming weeks, together with Mohamed Tadjadit, known as the “poet of the revolution,” arrested on Thursday Nov. 14 for attacking “national unity” by chanting poetry at it.

Since these arrests, two questions have reared their heads: what is the name of the crime we have just witnessed, and who is the criminal? And the best investigations of these two questions are to be found in Algerian crime fiction, at whose center the actions of a broken justice system is key.

From afar, it may look like crime fiction has not been explored by Algerian writers. This is mostly because genre literature is not promoted in Algeria. Yet crime fiction, which emerged in the 70s in Algeria, is very much alive. Here is part of its story.

In 1970, SNED editions, the acronym of the National Publishing and Broadcasting Company, published four novels by Youcef Kader, the pen name of Roger Vilatimo, a novelist of Catalan origin and an author who would continue writing for years under many a pseudonym. This editorial decision seems to have opened the doors to the genre in the country, so that within 10 years, crime novels written by Algerian novelists became part of a publishing house’s repertoire. I came across seven such novels, released in that decade, among them that of Abdelaziz Lamrani.

From 1970 to 1989, 11 more detective stories appeared, mostly edited by ENAL, the new name for the SNED, which stands for the Algerian National Company for Books. It is in this period that Les Pirates du Désert (The Pirates of the Desert, 1986) was released, by Zehira Houfani, set in Tamanrasset. Houfani’s books is the earliest evidence I have found of an Algerian woman writing crime novels.

The 1990s, the “dark decade,” destroyed much, yet despite the bloodshed and the chaos, 10 crime novels managed to emerge between 1990 and 1999. It is during that time that Yasmina Khadra’s Inspector Llob series came on the scene, a series that made even more headlines when the French literary establishment, to its great distress, found out that a Mohammed was holding the pen of their dearest Yasmina.

From the period of 2000 to 2009, I tracked down 15 Algerian crime novels, published in Algeria and France. One of the strongest by Rahima Karim, Le Meurtre de Sonia Zaïd (The Murder of Sonia Zaïd), follows a suicide that isn’t one. Mon Colonel (My Colonel) by Francis Zamponi is also unforgettable. Although Zamponi is French and his novel was released in France, I have added him to my count because this novel is the first, as far as I’m aware, to have spoken of the Guelma and Setif massacres. His novel was turned into a movie by Laurent Herbiet, who kept the same title for his film.

From 2010 to today, an additional 14 detective stories have appeared, among them Sakarat Nedjma by Amel Bouchareb, written in Arabic, which borders on the thriller genre with dual stories intertwined around the murder of a painter returned to Algeria. Also noteworthy is Ahmed Tiab, who is one of the few who has imagined the trials of African migrants who attempt to reach Europe by crossing Algeria.

2020, now fast approaching, will mark 50 years of Algerian crime fiction, a celebration that will have to tip its hat to those especially dedicated to the genre, like Adlene Meddi.

Algerian crime novels take place all over the country: in Wahran, Tamanrasset, Kabyle villages, and of course in the capital, Algiers. There is often much humour in them, with fast-paced narratives or slower “cinema noir” motion. All these authors could be said to share the same passion beyond storytelling: exploring a type of human interaction based on removing the other rather than living with them, and the consequences of reclaiming the truth, albeit a part, not to be virtuous but to remain sane.

From state crimes and political murders to family feuds and petty crime, with investigations conducted by professionals or the uninitiated, Algerian crime writers have produced some the most entertaining stories I have read — and are certainly the most vibrant in the Algerian literary corpus. 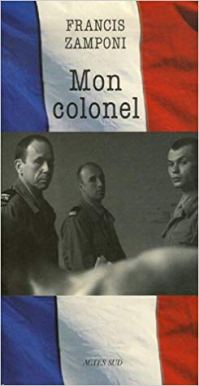 In order to weave the story just told, I have kept a list of the books involved; it is shared below. This list is not exhaustive and suggestions for additions are most welcome. It will quickly become obvious to the reader that my list mostly features books written in French. This should not be interpreted to mean that Algerian novelists who write in Arabic do not produce crime novels. This situation is purely the result of my language abilities – I am more comfortable in French than Arabic and it was a while until I noticed my bias. There are also no works in Tamazight here. This should also only be understood as an absence on my list, not an absence on the literary scene.

My breakdown records crime novels that I define as having been written by Algerian writers living in Algeria or abroad, published in Algeria or abroad. The definition of who and what is “Algerian” in the context of literary production is troublesome, so I have followed the European approach of appropriation, regarding as our own those that I see as having particularly marked the genre. Hence the books of Youcef Kader and of Francis Zamponi are listed as Algerian because of their influence and content. I have also kept a category for books I call “peripherals.” These are books that cannot strictly be described as “detective” fiction but that nonetheless contain a strong element of crime writing such as an investigation or, well, a murder. This section also includes crime fiction written by non-Algerian writers whose books are set in Algeria (see A Moustache-Less Kiss, for example) or whose stories are heavily inspired by Algerian historical events. Plus, there’s one thriller.

The list is organised by year of publication and novels translated to English are noted. The latter are basically the result of Yasmina Khadra’s and Amara Lakhous’ production.

When I began my exploration of Algerian crime writing, I discovered three academics whose work have guided my hunt. Their research is available online on open-access:

– Beate Bechter-Burtscher’s doctoral thesis (1998) : The development of the Algerian detective novel written in French (between 1970 to 1998)

2014. Dispute Over a Very Italian Piglet by Amara Lakhous (date of the translated version released in 2014 by Europa editions,transl. from the Italian by Ann Goldstein. The original Italian was published in 2010).

2012 Alger la noire by Maurice Attia (Barzakh editions, Algeria. It was published in France by Actes Sud in 2006).

2008 Clash of Civilizations Over an Elevator in Piazza Vittorio by Amara Lakhous (transl. by Ann Goldstein from the Italian, published by Europa editions, UK).

1998. Double Blanc by Yasmina Khadra (an Inspector Llob Mystery, transl. to English by Aubrey Botsford and released as Double Blank in 2005 by Toby Crime. The original French was published by Baleine eds in 1998, also available with Folio).

1998. L’automne des chimères by Yasmina Khadra (an Inspector Llob Mystery, transl. to English by Aubrey Botsford and released in 2006 by Toby Crime as Autumn of the Phantoms. The original French was published by Baleine editions).

2004 Un baiser sans moustache by Catherine Simon (Gallimard editions, France. Simon was one of the last correspondents of the French newspaper Le Monde posted posted in Algeria, she was recalled during the 90s. This murder investigation is set in Algeria).

Criminal investigation in the background

2014 La Mission by Mohammed Benchicou (Koukou editions, Algeria/France. An entertaining investigation of the Tinguentourine hostage events led by a professor from King’s college).

2006 Le Chien de Titanic by Ali Malek (Barzakh editions, Algeria. The story chronicles how the murder of a police captain’s dog in a Kabyle village called Titanic teases tensions between police and villagers).

1999 Au nom du fils by Abed Charef (Aube editions, France. The story follows a father whose son has been kidnapped).

2011 Abduction by Anouar Benmalek (transl. from the French by Simon Pare and published by Arabia books. The original French Le Rapt was published by Fayard editions and released in 2009).

Dr. Nadia Ghanem is ArabLit’s Algeria Editor. Based between Algeria and the UK, she blogs  at tellemchaho.blogspot.co.uk about living in Algeria, and Algerian literature.

Also:
The Frame, The Sausage, The Oil: Humor and Politics in Algeria’s Protests

A Look at 100 Books: Algerian Literature in English Translation

Breaking with a Tradition of Tragedy: Ahmed Gasmia and Positive Endings

Why Djamila Morani’s ‘The Djinn’s Apple’ Should Be on the IPAF Longlist, Not Amin Zaoui

Sins and Faults: A New Algerian Novel Beyond Terrorism, Islamism, and Love-ism